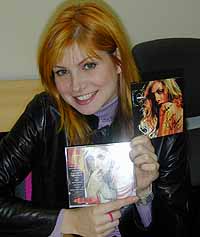 Before her solo career, she was a singer in the band Eve's Plum . She released her first two solo albums with the music label Elektra Records . Her best-known track is the song Smile , released in mid-1999 , which made it into the top 20 on the US Billboard charts.

In 2001 she switched to V2 Records . In July 2003, the single Last Nite was released, a cover version of The Strokes ' song , which used parts of Blondie's Heart of Glass . The single missed the US charts and reached number 70 in Great Britain. Work on the album was then discontinued.