Converge is a hardcore punk - band from Boston , USA . 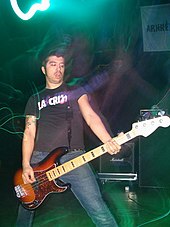 Converge was founded in 1990. They are considered to be one of the most influential bands of the new school hardcore . Their extreme style combines hardcore with elements of metal , punk and grindcore , whereby it is characterized by complex, technically demanding instrumental parts and an aggressive vocal part with poetic lyrics.

The 2001 album Jane Doe is considered a milestone in the New School hardcore and refers to basic questions of human existence from a frustrated attitude. The motif of the subjective separation from society and its suggested values ​​and conveyed pseudo-hopes appear alongside existentialist themes.

The DVD The Long Road Home , released in 2003, contained live recordings that were mainly made by amateur filmmakers and not revised. With You Fail Me and No Heroes , albums that were widely acclaimed by the scene were released via Epitaph Records , which further consolidated the band's cult status.

In 2005 the albums Petitioning the Empty Sky and When Forever Comes Crashing were re-released, now in a cardboard slipcase. All tracks were remixed by guitarist Kurt Ballou.

The album Ax to Fall was released on October 20, 2009 in the USA and on October 23 in Europe. The band recently released a 7 "single called On My Shield , which is limited to 3000 copies and is only available on their European tour for the time being. 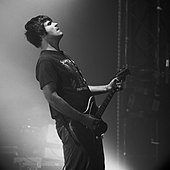 Ballou at the Eurockéennes Festival 2007