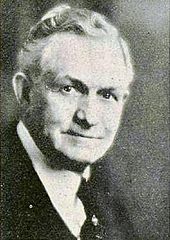 He was born on September 8, 1873 to David McKay and Jennette Evans McKay. In 1893, at the age of 20, he became a teacher and principal of Huntsville Elementary School. He studied at the University of Utah from 1894 to 1897 . He then served a mission in Great Britain for two years . He was also used as a leader for all missionaries in Scotland . He married Emma Ray Riggs on January 2, 1901 in the Salt Lake Temple .

In 1902 he was appointed director of the Weber Stake Academy, where he taught in 1899 and 1900. In 1906 he was ordained an apostle by Joseph F. Smith . In 1918 he was appointed general superintendent of the Deseret Sunday School Union. From 1919 to 1921 he was the Church Education Officer . He was President of the European Mission from 1922 to 1924. He served as a counselor in the first Presidency of the Church from 1934 under President Heber J. Grant and from 1945 under President George Albert Smith .

Presidents of The Church of Jesus Christ of Latter-day Saints