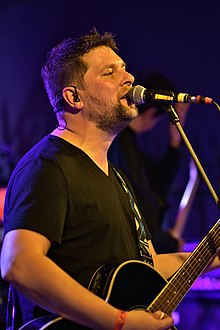 In 1994 Brandau began a two-year training as a sound assistant at Creative Studios Hamburg. After completing his civil service, he came to the radio station Antenne Niedersachsen through an internship . There he moderated some of the regional news for northern Lower Saxony and Hamburg. At Alster-Radio in Hamburg he got a volunteer contract. In total, he worked there for eight years as an editor, presenter and news anchor. He has been with NDR since 2007, initially as a reporter and since 2011 as a presenter for the radio station NDR1 Welle Nord in Kiel.

As a child, Dennis Brandau sang in Herbert Kauschka's children's choir. He took guitar lessons and taught himself to play the drums. In 1992 he founded his first school band. This was followed by the formations Voyeur and Line 610. In the Heimfeld group, he switched from drums to singing. The band played at the Hamburg Harbor Birthday or at the rock spectacle on Hamburg's Rathausmarkt. It broke up in 2009. Since then, Brandau has played solo with an unplugged program.

Dennis Brandau is the singer of the blues rock formation GAIN7.

His first solo album "Endlose Straßen" was released on October 30, 2019.

Dennis Brandau tried his hand at dubbing with small supporting roles in B-Movies and gained a foothold in the industry. He lent his voice to actors and now works mainly for games.

Dennis Brandau is married and has two children. The family lives near Kiel .