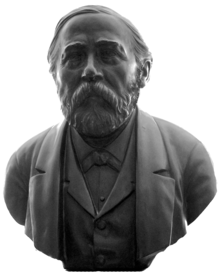 In addition to the geology of the Alps and Carpathians, palaeobotany , in particular the description of fossil plants from the Bohemian Paleozoic , was one of his specialties.

He belonged to the Imperial and Royal Geological Institute in Vienna, founded by Emperor Franz Josef I in 1849, from the year it was founded. With the work of the chief geologist Marko Vincenc Lipold and his two auxiliary geologists Stur and Carl Ferdinand Peters , from 1853 a. a. with the aim of more precise map recordings, the exploration of the Tauern window advanced. Stur took over the inspection of the Tauern main ridge and subsequently worked out the large-scale breakdown of the area, which is essentially still valid today. In 1854 he coined the term "slate shell" and in 1856 he published a series of profiles from the central gneiss to the east alpine crystalline .

In 1869, the Sturs report commissioned by the Vienna City Council on the nature of the soil in the planned areas for the planned Vienna Central Cemetery ultimately led to its final location.

In 1877 he became vice director of the Imperial and Royal Geological Institute and was its director from 1885 to 1892. Since 1872 he was a corresponding member of the Imperial Society of Naturalists in Moscow .

His successor in Vienna was Guido Stache .

The Leopoldina made him a member in 1890 and in the same year honored him with the Cothenius Medal as an author of particularly important scientific work. The fossil plant genera Sturia Nemejc and Sturiella C.E.Weiss ex Potonié are named after Stur .