It was edited by Richard Bamberger and Franz Maier-Bruck and was first published as Austria Lexicon in two volumes in the 1960s. The first volume A – K came out in 1966, the second volume L – Z in 1967. In 1968 the band made additions and corrections. In 1995 there was a new edition in two volumes. In 1996 the volumes were retro-digitized and put online and expanded as a freely accessible website under the aegis of the Graz University of Technology (Erzherzog-Johann-Universität). Since 2007 it has been continued by the Austria-Forum association as part of a platform that can be edited by the reader.

The continuously developed edition, which is now available online under the name The new AEIOU Austria Lexicon in the Austria Forum at austria-lexikon.at, already (as of 2009) includes over 16,000 entries, offers most of the articles in English, and is included other databases, in particular the Austrian image lexicon , as well as numerous subject databases and other online publications. It is - subject to registration - freely editable like a wiki platform , but is under strict moderation by specialist authors, and the materials are subject to copyright .

On the occasion of the millennium celebrations Austria in 1996 (with regard to the Ostarrîchi document 996) it was decided to digitize the lexicon and make it accessible online. The work was  revised on behalf of the then Federal Ministry for Science, Research and Art (BMWFK) with the participation of numerous well-known Austrian scientists and experts. At the Institute for Information Systems and Computer Media (IICM) under Hermann Maurer , a workflow management tool ( Hyperwave ) was developed that uses a principle similar to that of today's MediaWiki systems. This internet project was put online on the Graz University of Technology's servers and was entitled aeiou Österreich Lexikon - the cultural information system , referring to the old Austrian motto AEIOU , but interpreted as "The Annotable Electronic, Interactive Oesterreichische Universal-Informationssystem". In addition to the original text-and-image lexicon founded by Bamberger, expanded data materials and multimedia were also integrated, such as extensive image material from the Institute for Reality Studies of the Middle Ages and the Early Modern Period of the Austrian Academy of Sciences or sound material from various Austrian sound archives . In 2003, the database had a volume of approx. 3 gigabytes (texts mostly in RTF and special XML format based on the Doctype definition / DTD from Xipolis).

In 2004 Ernst Bruckmüller's work was republished in book form in three volumes on the basis of the online inventory that had already been expanded at the time. 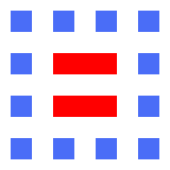 When the funding expired in 2005, the continued existence of the web edition was endangered, and some of the authors and supervisors of the web system founded the Austria-Forum association . Today it hosts a mirror of the original aeiou lexicon, and a much more extensive range of data in which the evolving Austrian lexicon is only a core area.

In the status of the new publication in 2004, the authors and publishers include :