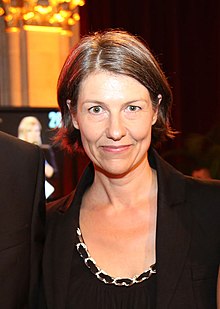 Gabi Waldner completed her studies in journalism and political science at the University of Vienna (title of the diploma thesis submitted in 1995: Bruno Kreisky , media star. On the importance of calculation and intuition in political communication ). Waldner has been working for ORF radios in current service since 1996 , initially as editor and spokesperson for the hourly news on Ö1, Ö2 and Ö3. From 1998 she designed reports, interviews and analyzes for the Ö1 -Journale as a reporter in the field of domestic politics . In 2002 she became deputy head of the radio internal policy department.

Waldner first appeared in the public eye as a presenter for ORF television in the summer of 2006: in the run-up to the National Council election , she conducted TV interviews with top Austrian politicians in the traditional programs of the press hour and summer talks .

In addition, Gabi Waldner moderated the political discussion group “Im Klartext!” From September 2005, which takes place every month in the Vienna Radiokulturhaus and has also been broadcast live on Ö1 since January 2007 . From April 2007 to September 2007 she presented, alternating with Elmar Oberhauser and Peter Pelinka , the political talk “ In the center ”, which is broadcast as the successor to “Frankly” on ORF 2 every Sunday.

Until 2012 she moderated the television magazine Report ( ORF 2 ), which she - as Robert Wiesner's deputy - also ran together with him. In December 2012 she was appointed head of the “Journals” department ( morning journal , lunch journal, etc.) at Ö1, handing over the moderation of the “report” to her ORF colleague Susanne Schnabl .

Waldner is the sister of the Austrian Ambassador to Washington DC, Dr. Wolfgang Waldner and wife of the courier cartoonist Michael Pammesberger .