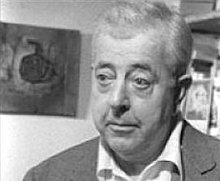 Unusually popular as a poet, Prévert grew up in the Paris suburb of Neuilly-sur-Seine and then in Paris itself. His father was a theater critic and often took him to performances, his mother encouraged him to read. At the age of 15 he left school bored and worked in a Paris department store. In 1920 he met the later surrealist painter Yves Tanguy and the later writer Marcel Duhamel while doing military service ; In 1925 he joined the group of surrealists through another literary friend, Raymond Queneau , from which he (like several other members) soon drove the authoritarian behavior of the group leader André Breton . As a replacement, he founded his own group, the “Prévert gang”, with his younger brother Pierre and Tanguy, Queneau and others.

In 1928 he tried his hand at producing films with brother Pierre. 1932-36 he wrote plays for the left amateur theater Octobre , because in these years he too, like so many intellectuals in this politically polarized time, was close to the communists, although his nature was not a man of party discipline, but rather an anarchist .

In 1946 a friend printed a collection of Préverts previously scattered in magazines or unpublished poems. The success of the small volume entitled Paroles was enormous and made Prévert the most representative and influential French poet of the mid-century. Many of his poems, especially by Joseph Kosma , have been set to music for chansons that have been picked up by well-known singers. His lyrics Les feuilles mortes were sung by Juliette Gréco , Yves Montand and many others, and as Autumn Leaves it became the jazz standard . One of the classics in this collection is Barbara , which deals with the bombing of the city of Brest during the Second World War. Some later volumes of poetry were also successful, but without overshadowing Paroles (including Histoires , 1946; Spectacle , 1951; La Pluie et le beau temps , 1955; Fratras , 1966; Choses et autres , 1972; La Cinquième Saison , posthumously 1984 ).

From 1948 Prévert was disabled by neurological problems after lying in a coma for days after falling from a poorly secured French door. In 1971 he left his home in Antibes and moved to Omonville-la-Petite near his old friend Alexandre Trauner . Both are buried there in the small cemetery.

Prévert's trademark as a lyricist is the simplicity and comprehensibility of most of his poems, which are full of sophisticated puns and surprising metaphors , but still exude an immediate poeticism and convey a catchy message. Many of them, especially those who shape human-all-too-human ongoing topics such as striving for freedom, love, happiness and disappointment, still appeal to readers today and are gladly discussed in class. The numerous politically motivated poems by Prévert, e.g. B. against militarism, the church and the bourgeois conventions, have meanwhile become documents in need of comment.