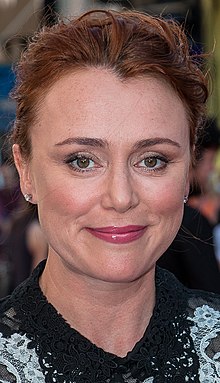 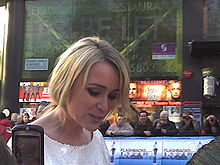 Keeley Hawes was born in London in 1976 as the daughter of a taxi driver . She attended the Sylvia Young Theater School , where she took ten years of speaking technique lessons. It was thanks to this that she was able to lend her voice to the English cartoon - Lara Croft for television .

In December 2001, Hawes married Spencer McCallum, a cartoonist , in Westminster , after giving birth to their first son 20 months earlier. That marriage was annulled eight weeks later after falling in love with fellow Spooks actor Matthew Macfadyen . About two months before the couple's first daughter was born in December 2004, the two married on October 2, 2004 in Richmond upon Thames . Their second child together - a son - was born in September 2006.

After Hawes shot Tipping the Velvet for the BBC in 2002 , she announced in an interview with Diva magazine and Radio Times that she was bisexual . A few years later she explained that at the time she wanted to say that everyone is a bit bisexual, after all, and that everyone is able to find someone of their own gender attractive.

At Glamor magazine's annual Women of the Year awards ceremony in 2008, Hawes was named Best TV Actress for her role as Alex Drake in Ashes to Ashes .