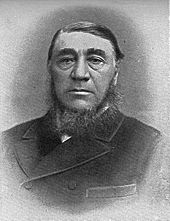 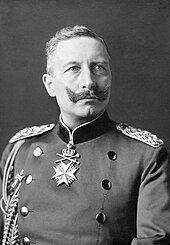 The Krüger telegram was a telegram sent by Kaiser Wilhelm II in 1896 to Paulus Kruger , the President of the South African Republic on what is now the Transvaal , in which he congratulated him on defeating a group of rioters who had attacked the Transvaal in the interests of Britain .

With the Pretoria Convention in 1881 , the Boers initially received self-government under British control. In 1884, the South African Republic largely regained its independence, although responsibility for foreign relations remained with Great Britain. Due to the country's wealth of natural resources, the plans of Cecil Rhodes for the expansion of his economic empire and a continuous land connection between North and South Africa ( Cape Cairo Plan ), the latter sought to incorporate the South African Republic into the British Empire . Either politically on the same line or even directly instigated by Cecil Rhodes, the politician Leander Starr Jameson , who worked in the Cape Colony, carried out an armed attack on the Boer republic of Transvaal in 1895 with the aim of annexing the country (" Jameson Raid "). Transvaal foiled this plan. Britain officially distanced itself from the action. The British Colonial Secretary, Joseph Chamberlain , on December 30, 1895, called for the punishment of the British officers who had participated in the incursion. The German ambassador in London, Paul Graf von Hatzfeldt , had a meeting with the British Prime Minister Salisbury . In doing so, Hatzfeldt came to the conclusion that the distancing of the British government was meant seriously.

In 1884 the German Empire declared what would later become South West Africa (today: Namibia ) a colonial protected area and through this step had become a politically active player in southern Africa. After the Transvaal's victory over the Jameson irregulars, Wilhelm II had the idea of converting the Transvaal into a German protectorate . He would have gone on a direct collision course with Great Britain, but imagined that a war that then broke out could be limited to a war on land.

The emperor's idea was discussed in a conference on January 3, 1896, at which, in addition to the emperor, the Reich Chancellor , Chlodwig zu Hohenlohe-Schillingsfürst , the State Secretary in the Foreign Office ( Foreign Minister ), Adolf Marschall von Bieberstein , the State Secretary of the Imperial Navy Office , Friedrich von Hollmann , the chief of the naval cabinet , Gustav von Senden-Bibran , and the commanding admiral , Eduard von Knorr , took part. There are different representations of those involved about the course of the deliberations. To cushion the emperor's confused ideas, Adolf Marschall von Bieberstein suggested sending a congratulatory telegram from the emperor to the president of the Transvaal on the victory over Jameson. The emperor's further idea of ​​sending a warship to South Africa could be reduced by the other participants in the discussion to the fact that Colonel Friedrich von Schele traveled to South Africa as a private person to investigate the situation. The ministerial official Paul Kayser was commissioned with the draft of the telegram , the final editing was done by Adolf Marschall von Bieberstein.

On the same day, Kaiser Wilhelm II sent the President of the Transvaal the congratulatory telegram with the following wording:

“I extend my sincere congratulations to you that, without appealing to the help of friendly powers, you and your people have succeeded in restoring peace with your own efforts against the armed groups who have broken into your country as troublemakers Maintain independence of the country against external attacks. "

The text was made available to the press at almost the same time, including the news agencies Reuters and Wolff's Telegraphic Bureau .

What is striking about the text, among other things, is that the passage “ to protect the country's independence against attacks from outside ” assumes that the Transvaal state is independent, which it did not legally have due to its restrictions in foreign policy matters. The telegram thus also represents an attack on British rights.

The Krüger dispatch mutated primarily into a conflict between the conservative and left-wing camps in Germany. Without knowing the internal circumstances, the telegram appeared to the public as only unprofessional in terms of foreign policy. The real initiator in the background, Kaiser Wilhelm II, therefore later tried to clear his way through his memoirs. He emphasized that he had been against the dispatch of the dispatch because of the negative consequences for the relationship with Great Britain, but that he had been persuaded by Chancellor Hohenlohe to do so. This late account is not very credible compared to the diary entries made by Adolf Marschall von Bieberstein and Chlodwig zu Hohenlohe-Schillingsfürst immediately after the meeting on January 3, 1896. Hohenlohe-Schillingsfürst sums it up: “It was not deliberation, but an imperial mood that was the driving force ”. But there is also the opinion that Adolf Marschall von Bieberstein saw the telegram as an instrument to consolidate his threatened position by enabling the emperor to make a grandiose public gesture.

When the Second Boer War broke out four years later , Germany pursued a very cautious policy. An intervention in favor of the opponents of the British Empire was not seriously considered (any more).

The Krüger telegram was part of an "amateur politics of cockiness", which was also represented by Wilhelm II and was one of the reasons why the German-British relationship deteriorated increasingly in the years following the telegram.