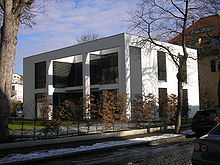 Home in the style of minimalism in Erfurt 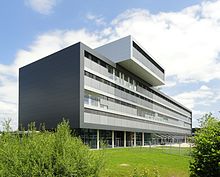 The minimalism is an architectural style , which is mainly due to its simple design language distinguishes and by dispensing with decorative elements. The origins lie in the architecture Modern 1920s and to date minimalism is the design basis for many contemporary architects.

The use of a minimalist language is basically not a phenomenon of modern architecture, but was already present in the past. In many epochs of architectural history, builders and architects endeavored to give the buildings a purity of form and clear geometries. In late antiquity, for example, decorative elements were missing from the Basilica of Constantine in Trier. In the 19th century, Friedrich Schinkel , Leo von Klenze and other representatives of this time designed buildings with reduced building shapes.

In the modern age , simple and functional forms set the tone. Particularly known for a reduced design language are here z. B. Ludwig Mies van der Rohe or Luis Barragan . Starting with the postmodern era, minimalism tries to establish itself as a mindset in architecture and design . He wants to be understood as “ New Simplicity ” and sees himself as an opponent of organic architecture and deconstructivism .

The shapes of the buildings are greatly reduced and often have cubic shapes. A purity of form and geometry are aimed for. Glass , (exposed) concrete , steel and natural stone are used as building materials . The architectural style cannot always clearly stand out from other styles for the observer, since the boundaries to the modern styles are often fluid and the differences can only be determined on closer inspection.

The style of minimalism, which prevailed in painting , architecture and design in the 1960s , stands for the extreme aesthetic reduction of creative means and is primarily to be understood as a reaction to the overloaded style requirements of past decades. Contemporary minimalism, on the other hand, has become more generous. White no longer counts as the only valid color in this design world. Subtle gray and beige tones are just as conceivable. Reduced choice of shape and color plays a decisive role in minimalist designs.

The following list represents a selection of important representatives of minimalism. 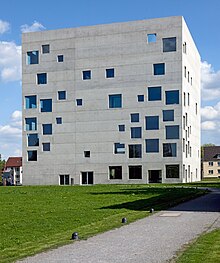