This article explains the builder profession; for other meanings see Baumeister (disambiguation) .

The term builder designates higher-level managers in construction planning , execution and supervision . It was and is partly supplemented by additions that designate the subject or the employer, such as fortress, cathedral, court, government or city. It can be a job title (e.g. master builder) or a function title (e.g. city master builder). The activity can be freelance , commercial , employed or civil servant . The term is subject to historical change. Until an academic education in construction was established, master builders were the only higher-level managers in construction. They combined planning and execution skills as well as technical and design knowledge. The classic master builder is advanced training that still exists today in Austria and Switzerland, but no longer in Germany. The term is still legally protected in all three countries. In Germany, the designation is now only given as a functional designation (e.g. city master builder, cathedral master builder) or in some federal states as a title after successfully completing the legal clerkship for the higher civil engineering service (government master builder ).

The builder takes over the execution of construction work of all kinds, partly also the construction planning and construction management . The term is still a professional title in Austria and Switzerland , but in Germany it is no longer used in its original meaning. Builders were mostly trained stonemasons , bricklayers and carpenters , sometimes other professions such as a carpenter or plasterer formed the basis for a builder. The apprenticeship usually began at the age of 13. After the apprenticeship and journeyman's examination, the candidate went on a journey . In order to achieve the title of master , they made a masterpiece . With the establishment of the building trade schools - today technical colleges - their attendance was compulsory in order to obtain the title of master builder. Personal aptitude and assertiveness were decisive for the successful performance of the job.

In the 19th century, the builders were responsible for a building from design to implementation. As a rule, they differed from architects in that, in addition to their own design studio, they also had their own construction company.

A court architect was a builder appointed to the seat of a ruling prince or ruler (court) , i.e. a builder entrusted by a sovereign with the planning and implementation of public construction projects. Depending on the duties of the court builder, he could also be a cathedral builder and vice versa. The term court architect disappeared with the end of monarchical rulers.

These terms identify a function in a state or municipal building authority. In Austria the term Stadtbaumeister is mainly used as a term for commercial builders who are based in a town.

The Renaissance produced a new type of builder . He was trained as a craftsman and, in addition to his function as an architect, was also an entrepreneur. In the Renaissance, builders were no longer just stonemasons and stone sculptors: builder Elias Holl was a trained craftsman, but a bricklayer.

In the Baroque and Rococo , master builders were trained for the first time in France at state building schools. In Germany (German-speaking area) at that time, the builders who were craftsmen learned from practical experience and from the so-called master craftsman books . The so-called Vorarlberg Building School, which dealt exclusively with sacred buildings, was an exception. The builders were still trained craftsmen, but their main task was to be planners and organizers.

Beginning in the 18th century and increasingly in the 19th century, in the course of industrialization , academic professions emerged in the construction industry as in the rest of technology, the modern architects and civil engineers . This was combined with a focus on design on the one hand and technology, calculation and construction on the other. The transition from empirical knowledge to engineering basics (statics, materials science, etc.) now established itself here. In addition, however, the master builder training remained as an advanced qualification for builders. With the ordinance replacing the master builder ordinance, which came into force on January 1, 1981, master builder training in Germany ended.

The term master builder is a protected professional title in Germany, even if it has not been recognized again since 1981 and only grandfathering applies to those who were previously entitled. In addition, the following applies:

Builders today in Austria and Switzerland

In Austria and Switzerland, the term master builder is still a specific job title . While architects and civil engineers are mainly to be found in the planning and controlling area, the builder is the only universally applicable construction specialist.

The builder is entitled: 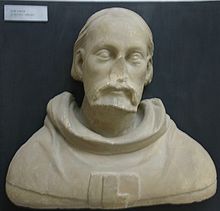 The head of the construction often were called foreman (mhd. Wercmeistere ) or builder ; they mostly emerged from the stonemasonry trade and were the medieval architects. Names like magister operis were also used. The master stonemason (magister lapicidae) and the master mason (magister caementari) as well as the sculptor were important in the execution . The masters of construction changed more frequently for each building, if only because of the long construction times.

Some important cathedral builders or master builders and stonemasons of the Gothic era became known:

The masters could often be recognized by their stonemason's mark, a mark that they put on their work in the Middle Ages.