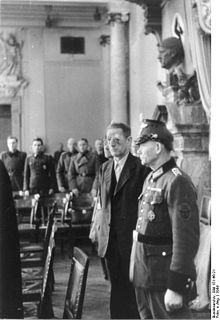 With the adoption of his brother Josef by the Roman Marogna family to ensure the succession, the family name was secured by registering the then Prince Regent Luitpold of Bavaria as Count Marogna-Redwitz.

He was married to Anna Countess von Arco-Zinneberg , with whom he had a daughter and two sons.

Rudolf von Marogna-Redwitz studied in Munich and actually wanted to become a musician. However, according to family tradition, he became an officer. In 1916 he was seriously injured in Russia and lost his left eye. He served in the 1st Bavarian Heavy Rider Regiment in Munich until after the First World War . In 1918 the family settled in Chiemgau and worked as a farmer. In 1927 he had to undergo another operation after a serious head injury in the First World War and moved to Munich. In 1933 he was taken on as an employee of the Admiral Wilhelm Canaris, a friend of his, as an E-officer (supplementary officer ) in the defense service and became head of the defense in Munich. In 1938, just a few days after the annexation of Austria to the German Reich, he succeeded Lieutenant Colonel Erwin von Lahousen , the head of the counter-espionage department in Vienna , and head of the Vienna Abwehrstelle .

Already in Vienna he used his position and, with the backing of Admiral Wilhelm Canaris, General Hans Oster and Hans von Dohnanyi , helped to free former Austrian officers from the Gestapo prisons or to have them struck off the wanted lists. He also tried to protect Jews from access by the Gestapo and the SD through various activities.

After Admiral Canaris was dismissed in February 1944, Heinrich Himmler took advantage of the situation and also deposed the “Catholic Count” as chief of defense in Vienna and Southeast Europe . Rudolf von Marogna-Redwitz was assigned to the so-called Führerreserve of the High Command of the Army.

Marogna-Redwitz belonged to the closest circle around the brothers Claus and Berthold Schenk Graf von Stauffenberg . After the failed assassination attempt , in which he was the long-time head of the Vienna Abwehrstelle together with the Vienna Chief of Staff, Colonel i. G. Heinrich Kodré , and Captain Carl Szokoll played a leading role , sentenced to death by the People's Court on October 12, 1944 and in Plötzensee together with Carl Langbehn and Colonel i. G. Alexis Freiherr von Roenne hanged .

In Bamberg Cathedral , a plaque commemorates the five so-called Bamberger Reiter ', former members of the 17th Bavarian Reiter Regiment who lost their lives in the fight against the Nazi regime, among them Rudolf Graf von Marogna-Redwitz.

His daughter Elisabeth von Loeben documented her father's life in a book published in 1984.

The Catholic Church accepted Rudolf Graf von Marogna-Redwitz in 1999 as a witness of faith in the German martyrology of the 20th century .