Circulation secured money is a free economy concept . It is intended to ensure that the free-economic money continues to circulate . Like negative interest rates from the ECB or the Bundesbank, this circulating safeguard contradicts the function of money to store its value .

Circulation security is achieved by increasing the cost of holding money compared to conventional money . In general, the concept hardly receives any attention in established economics .

The aim is to reduce the value of money in any form and form compared to other goods in order to stimulate an investment of financial assets. One tries to establish the circulation security by making a time-dependent quantity reduction or a cost burden on the money.

In order for the banknotes to remain in circulation and not be hoarded, they (not the currency!) Lose value. This loss of value was documented in different ways in free money experiments in the past - for example, by means of cancellation stamps that had to be stuck to the back of the banknote from time to time, or by cutting out a section of value (see picture: Physiocratic money ). 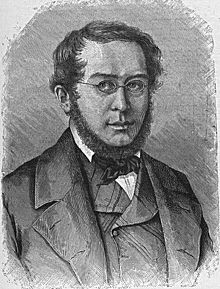 The French economist and sociologist Pierre-Joseph Proudhon , one of the first proponents of libertarianism , put forward the following hypothesis as early as the middle of the 19th century: the decline in the value of goods and goods, which does not affect money, gives money a privilege and can force an additional price. As a result, the money owner would eventually exploit the goods owner. Proudhon's solution to this dilemma was to equate goods with non-expiring money through commodity banks . A bicycle owner could, for example, create a bicycle in these goods banks and get a brand-new bicycle back after 20 years that would be of the same value, thus preventing the effect of goods falling apart through improved bartering . 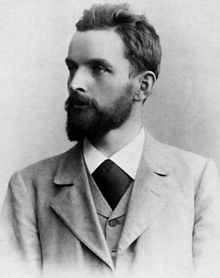 Silvio Gesell later took up the idea of ​​the difference between goods and money. In contrast to Proudhon, however, his proposal was not to resolve the discrepancy between commodity collapse and currency stability in terms of goods, but instead to give money itself a limited lifespan, so that when hoarding money there is a demurrage similar to the persistence costs of hoarding goods would. For example, hoarded money has an economic advantage in that it can wait for fluctuations in the market and buy accordingly cheaply or generate market fluctuations itself and artificially drive prices up, which Gesell calls speculation .

As an alternative to the Bretton Woods system , which fixed the exchange rates of western currencies from the end of the Second World War until the collapse of the system in 1973, Keynes proposed the bancor in 1944 , which, as an international, interstate clearing currency, would have been subject to circulation protection after a certain accumulation should (similar to what the European Central Bank currently does ). The aim of the bancor would have been, on the one hand, to prevent the US dollar from dominating the Bretton Woods system and, on the other hand, to stabilize the global economy through better incentives by steadily reducing trade surpluses and trade deficits .

In his standard work The Natural Economic Order and other writings, Gesell cited a number of historical examples that can be considered circulation-protected currencies. The economic and exemplary value of many of these examples is, however, controversial.

Examples of such monetary systems with demurrage are the " Korngiro " in Egypt in the first century BC. In Ptolemaic Egypt, grain was used as money that was stored in stores, with shards of pottery being issued as proof of ownership. These were then used as money in economic life. The grain could be picked up again if required with a certain expiry and storage discount per year. This system came about between 322 and 30 BC. Chr. On. After the conquest of Egypt by the Romans, Roman coins were introduced.

In the Middle Ages , local rulers and monasteries in Europe declared coins (e.g. bracteates ) to be invalid in certain situations by means of a “ coin disreputation ” and exchanged for new coins at a discount. These intervals varied - from several times a year to every 7 years; the discounts fluctuated between around 15% and 40%. The difference fell to the ruler or to the monastery. This was mainly in use between the years 1075 and 1400. Due to handling problems with the increased amount of money, the loss of silver melt during coinage and at the insistence of merchants who wanted long-term, far-reaching money, the so-called "coin disreputation" was abandoned and replaced by trade and consumption taxes.

After the discovery of America, silver and gold flowed again abundantly via Spain to Europe and caused new monetary prosperity (but also wars), but not a flourishing economy.

Proponents of a free economic monetary system with demurrage claim that during these periods of time great cultural achievements were made in both economic areas. Almost all cathedral buildings were built at that time, gold, silver, money came to Europe through the looting of the Crusades with new control of the (spice) long-distance trade. After the change in the monetary system, there should have been a decline in both cases. Free economists attribute the economic boom to the monetary system,

Critics of these theses of the free economy doubt the influence and extent of the effects of this monetary system, the coin verifications were only used in 10% of medieval Germany. Ummünzungen were already in antiquity z. B. common and necessary with the solidus , since gold and silver money in particular lost their coin weight through use and in the Middle Ages through tippers and rockers . The cathedral buildings were financed by the Knights Templar. However, the decline in the Middle Ages was also caused by the outflow of silver into the Orient due to the spice and incense trade. This outflow was significantly increased by the arbitrage business of the Venetians (silver for gold). The Schwaz silver mine in Tyrol brought some relief from 1450 (7,400 miners, second largest city in the Habsburg Empire). Paul C. Martin therefore also speaks of a bracteate fairy tale .

In 1815 there was a money experiment on the British Channel Island of Guernsey . The consequences of the Napoleonic Wars made themselves felt all over Europe, also on this island. The islanders produced food far beyond their own needs, but the taxes and interest payments collected on London banks finally brought payment transactions to a standstill. The governor of Guernsey at the time, Daniel de Lisle Brock , proposed the construction of an indoor market for £ 4,000 that would give the economy a new boost. These 4,000 pounds should simply be printed by yourself and circulated as a kind of second currency. After five years the hall had fully amortized, that is, it had fully earned its depreciation and the 4000 pounds, which had been in circulation all over the island and had generated sales of all kinds, were again available to the market hall investor in full cash Disposal, were no longer needed and burned. According to this principle, several building projects were implemented one after the other with self-printed and later destroyed money. However, by the intervention of foreign banks and a reduced amount of money, the money economy came to a standstill by 1835. Some supporters of the free economy , including Hermann Benjes , consider the "Miracle of Guernsey" to be the forerunner of circulating money according to Silvio Gesell , who wrote an article about the experiment.

In modern times, some projects have been undertaken with circulating money, e.g. B. the WÄRA experiment in Schwanenkirchen (1929/1930). The project initiated by Michael Unterguggenberger , Mayor of the Tyrolean city of Wörgl , from 1932/33, which was also received as a miracle by Wörgl , is considered a successful local open-air experiment .

A large number of historical and current activities relating to regional money are observed and compiled by the Unterguggenberg Institute located in Wörgl . Especially among the regional money initiatives that are part of the Association Regiogeld e. V. are networked, there are many that are based on the principle of circulation protection. The currently best-known example is the Chiemgauer free money .

The Initiative for Natural Economic Order (INWO) is also committed to the introduction of circulating money .

The introduction of circulating money in Germany is a political challenge for the Human Economy Party .

A literary adaptation of the free money issue can be found in Michael Ende's novel Momo .

About the so-called BGE circles founded in 2011 will u. a. an unconditional basic income is made possible in real terms by circulating security . Further features are the networking of the regionally operating circles, the complete transparency of the account balances within the regional circles and an eBay -like marketplace.

According to critics, the low interest rate on finance capital sought by proponents of the free money approach leads to an increase in property prices . This contradicts the fact that the free -economic land reform also belongs to the free-economic model , whereby land rent and money interest are fed to the common good , and real estate and land therefore no longer represent attractive investment objects.

Another problem could arise if at the end of the year people want to exchange their money for goods so that they do not make a loss. The problem is that the supply of goods would be withheld because no retailer wants the money because it will lose value in the next year. Money could then be abolished as a means of payment among the people, as it would be wiser to simply exchange goods for goods. This is countered by variants of the concept of circulation protection, which do not have 1 discount, but z. B. provide 4 quartered discounts per year to reduce the problematic economic discontinuities. In addition, retail profit margins are usually significantly higher than the haircuts provided by circulation locks; retailers would consequently have to choose between no sales or sales with reduced profit, and the severity of the problem described depends on whether they are all able to do the same, at least temporarily. And finally, natural economy (commodity against commodity) is dramatically inferior in efficiency to money economy; the resulting exchange disadvantages would be far greater than those caused by the circulation fee.

In addition, the argument that circulation protection is necessary so that money is not withdrawn from the economic cycle is obsolete: Money owners do not withdraw their money from the economic cycle, but use it to finance their consumption or invest it. Furthermore, money on current accounts would not have the negative effects described by Gesell, since a compensation would be created by granting loans. Some advocates of free money see the circulation security not only as a necessity to prevent the withdrawal of money from the economic cycle, but also as a replacement for the interest system as an investment motivator. In this way, the creation of deflationary conditions can be avoided.

Libertarians believe that increasing the speed of money circulation is not enough to increase general prosperity. A group of people cannot increase their wealth just by running a coin in circles at increasing speed. Free economists concentrated too much on consumption - but this had nothing to do with growing prosperity, it was the goal and not the cause of increasing prosperity.

Jutta Ditfurth criticizes Silvio Gesell and accuses him of racism, especially anti-Semitism, and concludes that free money is related to the National Socialist slogan “ breaking the bondage ”. However, the author Gottfried Feder had already spoken out sharply against Silvio Gesell and his free money ideas in 1923.