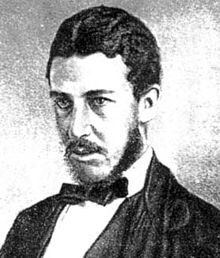 William Stanley Jevons (born September 1, 1835 in Liverpool , † August 13, 1882 in Bexhill-on-Sea ) was an important English economist and philosopher . He is considered a representative of the Cambridge School of Neoclassical Music .

Jevons was a grandson of the famous historian William Roscoe . He first studied chemistry in London. After his father went bankrupt, Jevons dropped out of college and went to Australia . There he was from 1853 to 1858 Wardein (that is, he was responsible for checking the authenticity of the coins) of the Australian mint in Sydney , before he returned to London and continued to study there. In 1864 he became a fellow at the university, in 1866 professor at Owens College in Manchester and in 1876 professor of economics at University College London (then still known as University of London ), which position he resigned in early 1881. At the age of almost 47, William Stanley Jevons drowned while bathing in the sea near Hastings. 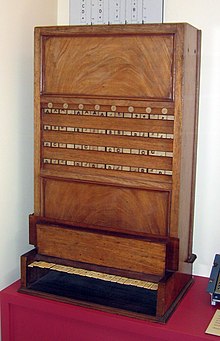 Together with Léon Walras and Carl Menger , he discovered a solution to the classic value paradox . As it turned out later, however, Hermann Heinrich Gossen had already solved the problem.

Jevons was the first to describe the rebound effect , in a special case named Jevons' paradox after him . This refers to the phenomenon that technical increases in energy and resource efficiency are "eaten up" again by increased consumption.

Jevons explained business cycle fluctuations with cyclical changes in the number of sunspots (→  sunspot theory ). These, he imagines, were responsible for poor harvests . Jevon's unwavering, but ultimately unsuccessful, efforts to establish this connection sparked ridicule by contemporaries. The British astronomer Richard Anthony Proctor described him in 1880 as "naive" and "cycle hunter".

Jevons' contributions in the field of formal logic are less well known and little appreciated . As a practical result, he developed the first more complex mechanical logic machine in 1869 , which he presented to the Royal Society in 1870 . With this device, logical sentences can be entered using keys , e.g. B. "All A are B" (see also syllogism ). The machine regards the entered sentences as premises and mechanically eliminates all combinations of terms that are incompatible with the respective premise. The remaining combinations can be read on a display. 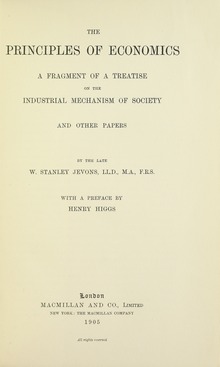 After his death the following were published: