Maria Isabella Boyd (born May 9, 1844 in Bunker Hill, Virginia , † June 11, 1900 in Kilbourne , Wisconsin ), called Belle Boyd , was an American spy in the southern states in the American Civil War . Because she got her information mainly from flirting with Union soldiers, she was nicknamed La Belle Rebelle or Cleopatra of the Secession . Though not by far the most successful spy during the war, multiple arrests and her autobiography, Belle Boyd in Camp and Prison, made her a celebrity.

Belle Boyd was born under the name Maria Isabella to the wealthy business owner Benjamin Reed Boyd and his wife Mary Rebecca Glenn. The family had Scottish roots and relatives in New Orleans. A relative referred to Belle as a tomboy from an early age, who preferred outdoor activities. According to one story, she rode on horseback into the dining room when her parents refused to let her attend a party because of her tender age. With her quick-witted explanation that at least the horse was old enough to take part, she got the guests on her side and avoided punishment. She attended Mount Washington Female College in Baltimore at the age of twelve, and graduated at sixteen.

At the beginning of the civil war, Belle was seventeen years old and lived with her parents in Martinsburg , where the family ran a hotel. Several Boyds, including her father, signed up for the Confederate Army, Belle herself initially collected donations. However, according to her own statements, this job quickly became "too tame and monotonous for my temperament" and for a while she worked as a nurse in the hospital. On July 3, 1861, the Confederate Army had to withdraw from Union troops that marched into Martinsburg. The next day, July 4th, Independence Day , a Union soldier forcibly entered the Boyd's house in order to remove their Confederate flags and hoist the Union flag instead. Angry that he pushed her mother aside and cursed her, Belle shot the soldier to death and avoided punishment by feigning remorse. 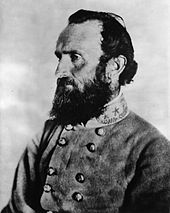 From now on the house was guarded by Union soldiers and Belle took the opportunity to socialize with them and gather information on troop movements, which she sent in letters to Confederate commanders such as General Thomas "Stonewall" Jackson and General JEB Stuart . However, the messages were unencrypted, which is why she had to justify herself to a jury after intercepting a letter. Belle pretended to be unsuspecting and once again got away with no punishment, whereupon her parents sent her to Front Royal to see her uncle and aunt. Inspired by the methods of another Southern spy, Rose O'Neal Greenhow , she turned to Colonel Turner Ashby , who himself regularly spied on Union forces in the disguise of a veterinarian , for better training in espionage . Approx. from October 1861 she began to work as a courier between Generals Jackson and Beauregard .

She was arrested for the first time in March 1862 and placed in a hotel in Baltimore. Having no compromising news with her, she was released after a week for lack of evidence. In the meantime, thanks to her charm, she had made friends with several Union soldiers, who innocently revealed their marching orders to her. In mid-May, Front Royal was occupied by the Union Army. Belle overheard a staff meeting at her aunt's hotel where plans were made to encircle Jackson's forces and capture him. She wrote down the information in encrypted form and then rode 15 miles into Confederate camp to deliver the news to Jackson in person. Thanks to her contacts with Union soldiers, she received additional information that she brought to Jackson on May 23 during the Battle of Front Royal in a daring breakthrough of the Union ranks. This managed to retake the city and he wrote to Belle:

“Miss Belle Boyd, I thank you, for myself and for the army, for the great service you have done to your country today. In a hurry, I remain your friend, TJ Jackson, CSA. "

In early summer, after being denounced by a neighbor, Belle was arrested again and sent to prison in Baltimore. There she beguiled the prison guard into letting her go with a warning. However, her undisguised sympathy for the southern states made her make grave mistakes, she rarely used encryption for her messages and she liked dramatic actions. Further arrests followed, and on July 29, 1862, she was imprisoned in the Old Capitol Prison in Washington, DC . There she made the acquaintance of the telegraph JO Kerbey, who worked with the Union spy Elizabeth van Lew . During his espionage work he had signed an oath to the Confederation, which is why Minister of War Edwin M. Stanton Kerbey had temporarily arrested after his return to the Union. Belle, who thought Kerbey was a loyal southerner, drew up an escape plan for him and gave him safe confederation stations on Union territory, which he passed on to the Union immediately after his release. In jail, she was a celebrity among Confederate inmates, and she enjoyed teasing the guards with confederate flags and songs from the southern states.

She was released a month later on a prisoner swap and moved to Richmond . She was now known both north and south for her daring, and Jackson made her an honorary wing adjutant . The more famous she became, the less she could work in secret for the southern states. In the summer of 1863 she returned to Martinsburg, but this now belonged to West Virginia , which was loyal to the Union . Belle was arrested again and taken to Caroll Prison in Washington, DC. There she became seriously ill with typhus and was exiled to the southern states in December 1863. Six months later, in 1864, she volunteered as a courier to bring Confederation papers to England on board the blockade breaker Greyhound . However, the ship was picked up and Belle arrested once more, but she managed to bewitch Samuel Wylde Hardinge, who led the boarding party. This time she was exiled to Canada , from where she traveled to England. Hardinge was for his romance with Belle before the military court asked and dishonorably discharged from the army. He and Belle married on August 25, 1864. Historians have divided whether Hardinge died in England or whether he returned to the United States beforehand.

Widowed at the age of 21 and pregnant with a daughter, Belle urgently needed money and wrote her memoir Belle Boyd in Camp and Prison with the help of the English journalist George Augustus Sala . In two volumes . In it she defended u. a. slavery in the southern states on the grounds that blacks would prefer “service over freedom” because they would only lead “adolescents”. She became an actress performing in both England and the United States, and in 1869 married former British officer John Hammond, with whom she had four children. The marriage ended in divorce in 1884, and two months later, Belle entered into her third marriage, this time to an actor named Nathaniel High, seventeen years her junior.

Belle Boyd's grave in what is now Spring Grove Cemetery

In her later years, she toured the United States lecturing on her wartime experiences. She had become so famous by now that various impostors pretended to be her. Belle was forced to carry credentials to prove her identity. In the press she was called the " Jeanne d'Arc of the rebels" or the " Siren of the Shenandoah River ", although her actual performance as a spy is rated by historians as rather low. Instead, she had become a symbol of the resistance of the South.

Belle Boyd died of a heart attack on June 11, 1900 while traveling the United States in Kilbourn, now Wisconsin Dells , and was buried in Kilbourn Cemetery, now Spring Grove Cemetery. Her father's business is now the Belle Boyd House and Museum and is administered by the Berkeley Historical Society .