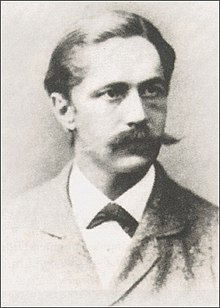 Schreber is best known to this day as the author of his memoirs of a nervous patient , published in 1903 , in which he described in detail a psychosis that he had had since 1893 . Carl Gustav Jung , Sigmund Freud , Elias Canetti , William G. Netherlands , Zvi Lothane u. a. have since dealt to a greater or lesser extent with the medical-psychological interpretation of the memorabilia . The Saxon Psychiatry Museum in Leipzig is particularly concerned with the life story of court president Daniel Paul Schreber .

Paul Schreber was the son of the pedagogue and orthopedic surgeon Moritz Schreber , who gave his name to the later Schreber and allotment garden movement. The father, who is considered to be one of the main representatives of “ black pedagogy ”, raised his children to “healthy posture” using orthopedic devices. Paul Schreber had a brother Daniel Gustav (1839–1877) and three sisters. The older brother died by suicide in 1877. In 1878 Schreber married Sabine Behr (1857–1912), who was fifteen years his junior. After she suffered six spontaneous miscarriages, Schreber adopted a ten-year-old half-orphan in 1903 who lived with the Schreber family until 1907, when Sabine had a stroke. The adopted daughter was interviewed by William G. Netherland in 1972.

After graduating from the Thomas School , Schreber studied law. During his studies in 1860 he became a member of the Leipzig fraternity Germania . After his studies he became a judge in the Saxon civil service. In 1884 he ran unsuccessfully as a national liberal in the Reichstag election , whereupon he fell ill and spent six months in a clinic. In his analysis of the Schreber case, Sigmund Freud quotes a form report by the treating physician Paul Flechsig for this mild first illness , according to which Schreber had suffered from hypochondria ; Schreber himself writes in the memorabilia that with this first illness he suffered from the delusion that he was subject to an abnormal steady loss of weight. This first minor illness soon disappeared during the stay at Flechsig's clinic, and Schreber was discharged as cured in June 1885 after only six months.

In June 1893, Schreber, who had been President of the Freiberg Regional Court since 1891 , was appointed President of the Senate at the Dresden Higher Regional Court and escaped this obligation by - a second time - suffering from mental illness and was allowed to resign on October 1, 1893. This more serious illness initially manifested itself in weeks of insomnia and severe depression with suicidal intentions, whereupon Flechsig was again admitted to the Medical Faculty of Leipzig University in November 1893; There he developed severe psychotic delusions and paranoia , the diagnosis at the time was dementia paranoides . In this state, in which he perceived and referred to the clinic as Flechsig's hell , he was first in June 1894 for about three weeks in the Pierson private sanatorium for the mentally ill in Coswig (called by him the devil's kitchen ), then in the institution Sonnenstein (for him the Teufelsschloß ) near Pirna , where his condition finally seemed to improve externally after a few years.

In the meantime, Schreber had devised a complex justification construct in the context of his paranoia and delusions, which he put down in his book Memoirs of a Nervous Patient at the end of his stay in the Sonnenstein institution and which appeared in 1903; he was, he argued, while a nervous disease , which his conviction was set in motion by different objectively given supernatural events related to its own and others, even divine nerves, believed in the allotment firm and due to which he became the new center of the universe has become but not insane . On the basis of this argument that he was merely a victim of divine-supernatural miracles that had revealed a new, irregular world order to him, but otherwise in full mental health, Schreber led a lawsuit against his incapacitation during his stay in hospital shortly after the turn of the century finally won (although the Royal Higher Regional Court of Dresden confirmed that he was still insane, but judged it to be no longer dangerous for him or others), whereupon he was released in December 1902.

In 1907, however, Schreber suffered a third, again severe mental illness while he was admitted to the Dosen sanatorium , where he finally died in 1911 in a mentally deranged state. Nothing is known about Schreber's third illness.

Schreber spent a total of fourteen years of his life in mental hospitals:

Schreber's Memories , published in 1903, still occupy a special position in psychiatry today; The book continues to be the subject of psychological and medical assessment, as it is a very rare case in which a complex psychotic delusional disease was described by the patient himself in a stringent, coherent, clear and completely self-contained form .

His book is considered a classic case study from the perspective of a psychotic patient. Based on this case study, Sigmund Freud wrote the essay Psychoanalytical Comments in 1910/11 on an autobiographical case of paranoia (Dementia Paranoides) that appeared in 1911. In it he developed his view of paranoia by using Schreber's “case for the thesis that male paranoia is based on a homosexual conflict.” Insightful with regard to Schreber's central delusion of transforming himself into a woman and the fear of emasculation in this regard that arise on his attending physician Dr. Flechsig, but not mentioned by Freud in his analysis, is an article written by Flechsig and later sent to Freud from the year 1886, according to which Flechsig experimented with the castration of his psychiatric patients in his institution.

In the 1950s, William G. NL , a psychiatrist and analyst, began researching Schreber's background. It was his first idea to read some of the books Father Schreber had written about raising children. He believed that the father's role had been neglected in previous research. For decades, the Netherlands devoted a large part of his scientific interest to the Schreber case. He has published numerous articles on Schreber, in which he focused on the son-father relationship. His first work on Schreber was published in 1951 under the title Three Notes on the Schreber Case . Morton Schatzman , a young American psychiatrist living in England at the time, based his 1973 book on Schreber with the original title Soul Murder: Persecution in the Family on the Netherlands' investigation into the Schreber case; his exclusive focus was also on father Schreber. Netherland's book on Schreber did not appear until 1974, The Schreber Case: Psychoanalytic Profile of a Paranoid Personality . A heated argument broke out between Schatzman, who at the time was a supporter of Ronald D. Laing's anti-psychiatric movement , which emphasized the influence of reality on mental illness, with particular emphasis on the family, and the so-called Freudians, including the Netherlands. Schatzman saw Freud's thesis about Schreber's repressed homosexual feelings towards his father as ridiculous triviality. He accused Freud of not having used Schreber's books as documents, even though he knew about them. (According to Malcolm's book )

Netherlands defended Freud against this accusation with the remark that Schatzman ignored "the policy of restraint" which Freud, according to his own announcement, had imposed on himself in his treatise in order to spare the feelings of Schreber, his family and his psychiatrist Paul Flechsig . The discussion between the Netherlands and Schatzmann was taken up by Zvi Lothane in his work on the rehabilitation of Schreber.

In the section on rule and paranoia of the work Mass and Power by Elias Canetti , the memorabilia is the most thoroughly analyzed document on the subject of power.

Gilles Deleuze and Félix Guattari are among the critics of Freud who see his familiarism as too one-sided in assessing the Schreber case.

In chronological order according to the year of publication: