Dziekanstwo is located two kilometers northeast of the municipality Comprachtschütz and eight kilometers southwest of the district and voivodeship capital Opole ( Opole ). The Prószkowski Potok brook flows through the village . 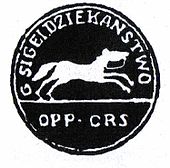 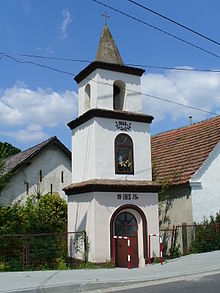 The name of the village is derived from the Polish term dziekan (dt. Dean), which describes the affiliation of the village to the deanery of the cathedral of Opole. The place was first mentioned around 1531 in connection with a mill operating there. The village is mentioned more times in 1568 as Dikanowitz and in 1654 as Dziehanowice . Around 1810 farmers bought land there and divided it up among themselves. In 1845 there were 139 people living there. The village's watermill operated until the 19th century.

In 1945 the previously German place came under Polish administration and was renamed Dziekaństwo and joined the Silesian Voivodeship. In 1950 the place came to the Opole Voivodeship. In 1999 the place came to the re-established Powiat Opolski. On June 4, 2009 , German was introduced as the second official language in the municipality of Comprachtschütz , which Dziekanstwo belongs to, and on December 1, 2009 the place was also given the official German place name Dziekanstwo .

Places in the municipality of Comprachtschütz