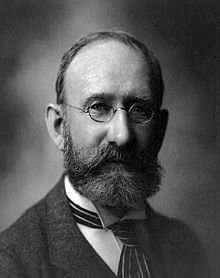 Henshaw was the youngest of seven children of William and Sarah Holden Henshaw, née Wetherbee. His passion for bird collecting began when he was 10 to 12 years old. He attended Cambridge High School to prepare for Harvard University . William Brewster , who later became a noted ornithologist himself , was one of Henshaw's friends in high school . Brewster was more knowledgeable about birds than Henshaw, and he had already amassed a larger collection of bird skins and eggs. Together they perfected the preparation of study bellows. Due to his fragile health, Henshaw was unable to begin his Harvard studies. Instead, he was invited on an excursion to the south coast of Louisiana , where he began his career as a naturalist.

Henshaw then went on numerous trips, where he gained a lot of field experience. In July 1872, as a collector, he accompanied an expedition of the Wheeler Survey to Provo , Utah . In the fall of 1872, Henshaw Clinton met Hart Merriam , with whom he had a lifelong friendship.

In 1874, Henshaw completed his most successful field expedition, which took him from Santa Fe in New Mexico to the Gila River in southwestern Arizona . Here he met Apaches and collected over 600 bird skins for the Smithsonian Institution . After the Wheeler Survey was dissolved in 1879, he received an offer from John Wesley Powell in 1880 to work for the Bureau of American Ethnology . He began his ethnological work by collecting information on the Indians of the Pacific coastal states, which was used for the 1880 census. Henshaw studied the Indians north of Mexico to classify the language families . The results of this work were published in 1891. Between 1907 and 1910, two volumes of the Handbook of American Indians North of Mexico were published by the Bureau of American Ethnology. Henshaw's previous work and continued study of Indians provided the basis for these volumes.

In September 1883, Henshaw was a founding member of the American Ornithologists' Union (AOU), where he was one of the first committee members to prepare a nomenclature code and checklist for North American birds. He served two terms (1891-1894 and 1911-1918) as Vice President of the AOU, but turned down the offer for a presidency. Henshaw was also a founding member of the Nuttall Ornithological Club (1873) and the National Geographic Society (1888), and he helped organize the Cosmos Club .

In 1888, Henshaw succeeded John Wesley Powell as director of the Bureau of Ethnology and editor of the American Anthropologist magazine . He held these positions until 1893, before a severe influenza attack took him to hospital for six weeks. Recovery was very slow and eventually he was forced to apply for an indefinite leave of absence.

In December 1894, Henshaw moved to the Hawaiian Islands to regain health. There he made a name for himself as a photographer of outdoor photos as well as of costumes, houses and indigenous people. He was also interested in the Hawaiian avifauna , about which he published the monograph Birds of the Hawaiian Islands in 1902 .

In 1904, Henshaw returned to Washington, DC, where he was appointed administrative assistant in 1905 and deputy director of the United States Department of Agriculture's Bureau of Biological Survey in December of that year . In 1910 he took over from Clinton Hart Merriam as head of the Bureau of Biological Survey. With a newfound zeal, Henshaw worked for bird protection . In 1913 his book Fifty Common Birds of Farm and Orchard was published , of which over 200,000 copies were sold. In the same year, Henshaw and Congressman George Shiras campaigned for the Weeks – McLean Act , also known as the Migratory Bird Law, to be passed, which was signed by US President Woodrow Wilson in March 1913 .

On December 1, 1916, Henshaw retired due to health reasons.

In 1882 Robert Ridgway named the subspecies Chamaea fasciata henshawi of the chaparral warbler after Henshaw.