The title of this article is ambiguous. For a film see The Ornithologist , for a jazz standard see Ornithology .

The Ornithology ( ancient Greek ὄρνῑθ- órnῑth- , strain of ὄρνις Ornis , Bird, 'and λόγος lógos , teaching') or Ornithology is the branch of zoology that deals with the birds concerned (Aves), with around ten thousand species one of the most biodiverse Forming classes of vertebrates . Ornithology includes physiology , taxonomy , ecology and research into the behavior (including calls and migratory behavior) of birds. A special area of ​​work is the investigation of bird migration , for example with the help of ringing . In Germany at least in the 20th century, the history of scientific ornithology is closely linked to bird protection and nature conservation .

In ornithology, in addition to full-time scientists, there are also numerous amateur ornithologists who have made and still make significant contributions to the understanding of the biology of individual species , species groups or regional faunas.

Fields of work in ornithology

In ornithology there are a large number of fields of work and research. In the field of the systematics and taxonomy of birds one deals with the establishment and revision of the ornithological systematics, taxonomy and cladistics . Systematic sequences, groupings and lists of species should reflect current knowledge of natural development ( phylogenesis ) and relationship. The systematics of birds has long been uncertain and is still controversial today, especially with regard to the relationship to the related class of reptiles . The methods developed from morphology , molecular biology and DNA hybridization to the DNA sequencing used today . This research area also includes the museological organization of ornithological museums, where the theoretical bases and practical procedures, methods, techniques and aids are usually available.

The research area of palaeornithology deals, among other things, with fossils and the evolution and development of birds as well as with the origin of bird flight and brood care .

Further fields of work and research deal with the anatomy and physiology of birds and their behavior as well as with the various bird flight techniques.

Applied ornithology deals with the use of birds, such as bird farms in the food industry , birds in business, for example the trade in birds, imports and exports or the use as carrier pigeons . Another branch is veterinary medicine , where bird diseases and their prevention and cure are researched.

Avi faunistics and ecology as well as nature conservation and bird protection are other important areas of work . Bird populations and their dynamics are researched here, the results of which are incorporated into the theoretical and practical application of bird protection. This involves measures that are suitable for the conservation, promotion or settlement of birds.

History and organization of ornithology 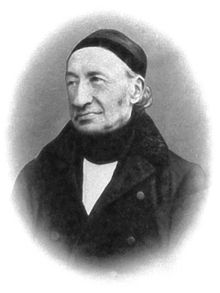 One of the larger printed works on ornithology was created by Conrad Gessner at the end of the 16th century . Johann Friedrich Naumann (1780–1857) from Köthen (Anhalt) is considered the founder of ornithology in Europe with his 12-volume main work " Natural History of the Birds of Germany " (1820–1844). This basis of modern ornithology describes and classifies all field , forest and water birds in the Duchy of Anhalt and beyond.

Even Christian Ludwig Brehm (1787-1864), known as the "Bird's Pastor" and father of Alfred Brehm , contributed in the middle of the 19th century with its collection of 9,000 copies much on the taxonomy of birds. These experiences and the son's expedition results were also included in the 10-volume standard zoological encyclopedia of Brehms Tierleben .

Bernard Altum (1824–1900) was the first to formulate a theory of territory formation in birds and their territorial behavior , whereby he also took into account the function of bird song .

Hans Freiherr von Berlepsch (1857–1933) founded scientific bird protection. He systematically optimized artificial nest boxes with regard to the microclimate and the reduction of pollution and damage caused by water and proposed the creation of bird protection trees. 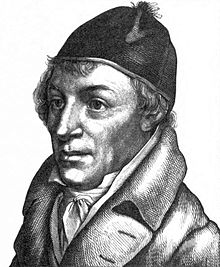