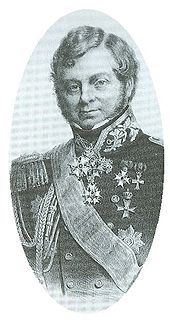 Rijk has been associated with the navy all his life . He volunteered there in 1799 and ended his career in the Navy as Vice-Admiral . He came from a humble background and, through self-study, developed into a respected hydrograph and naval officer. He was adjutant to several vice-admirals, director of pilotage and commander of naval training in Medemblik . Membership with the Freemasons is credited with making his career go so well. Rijk was governor of Suriname for three years and minister of the navy under Wilhelm II . Even after the liberal turnaround of 1848 (including amendment of the Basic Law, the Netherlands became a constitutional monarchy) he retained his ministerial post in the Schimmelpenninck cabinet and in the De Kempenaer / Donker Curtius cabinet for some time. After the “April Movement” of 1853 he was elected as a member of the Conservatives to MP in The Hague.

His grave is in the Dutch cemetery Oud Eik en Duinen in The Hague .