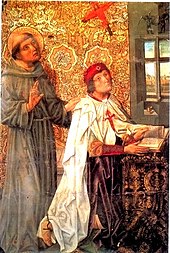 The comes stabuli was a person at the court in the Franconian Empire who was initially responsible for overseeing the stud ( marshal service ); later he was also used for military and diplomatic tasks.

In the 11th century in France, the comes stabuli became the connétable , who was one of the five most important court officials ( grands officiers ) in the hierarchy . This connétable of France was then from the 14th century the commander-in-chief of the army (supreme crown general ), to whom the marshals of France served as deputies from 1190 . In the following years it was one of the most powerful functions in France. The Connétable was the supreme court lord in trials against nobles and in noble honor disputes. He could in turn be represented by a marshal. He was also responsible for the safety of the main traffic routes ( grand chemins ), which he had monitored with the help of a special police force, the Maréchaussée ( Connétablie et Maréchaussée ). The office of Connétable was finally abolished by Richelieu in 1624/1627. His powers were temporarily transferred to the office of General-Marshal ( maréchal général des camps et armées du roi ), newly created in the late 16th century, and to the other Marshals of France. Under Napoleon I , the title was reintroduced: Connétable de l'Empire was his brother, Louis Bonaparte .

In Castile , the office of Condestable was created by John I to replace the office of Alférez Mayor of the empire. He had supreme command of the army and, in the absence of the king, was the highest representative of the kingdom. On July 6, 1382, John I transferred the office to Alonso of Aragón; in 1423, John II appointed Don Álvaro de Luna as a condestable . The office was not inherited by the king until 1473. With the award of the title to Pedro Fernández de Velasco by King Henry IV , the office became hereditary. Pedro Fernández de Velasco is buried in the Condestable Chapel of Burgos Cathedral.

In Portugal , the Condestável de Portugal or Condestável do Reino existed from 1382 to 1920 as the highest rank after the king. His office mainly comprised military tasks as in France.

In England and Scotland the comes stabuli developed as a constable - attested from the 12th century - to an official in the military field. He was responsible for the control of discipline and dispute settlement in the army. As a further development in the general social area, the constable still exists in Great Britain today: the constable is the ranks of civil servants , the simplest being the Police Constable (PC) and the highest being the Chief Constable . Similar designations exist in other states of the Commonwealth of Nations . B. Security forces with limited police powers in Canada known as Special Constable .

In Sweden "Konstapel" referred to the lowest grade in the police service until the middle of the 20th century . In Finland , the designation is still an official grade within the law enforcement police .

In the USA , the constable is a (mostly elected) public official in the municipalities whose tasks include maintaining public order.

Christoph Weigel the Elder Representation of a constable from 1698

In Germany , the Konstablerwache in Frankfurt am Main reminds us that the term was also used once in this country, synonymous with “ piece master ”, previously “ gun master ”. From the originally guild artillery professions, a non-commissioned officer rank developed in the artillery branch for soldiers with a high official rank. The name of the Konstablerwache is explained by the earlier armory at this point, which was well guarded because of its dangerous contents .

In the patriciate of Lower Saxony cities, numerous male members of the council families also held the office of “constablers”, and by 1569 the van Twedorp family in Brunswick alone had 18 constables - almost every adult male family member.

In Lower Saxony, too, the term originally has a military background, has to do with cavalry and weapons technology and is closely related to the patriciate. Because of their wealth, the urban upper class addressed was able to perform the costly riding service in their city personally and with recruited servants. In Braunschweig, the constables had the prestigious honorary office of hosting the also very expensive council feasts (certainly not just the fasting evenings) and of paying for the invited people largely from their own resources. In this function they were stewards and leaders of knightly round tables, to which song and dance, but also knightly fighting games, at least the lance game or the ring stabbing belonged. In this respect, they also performed official or police activities.