Location of the Isle of Man and Jersey and Guernsey 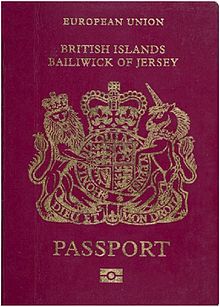 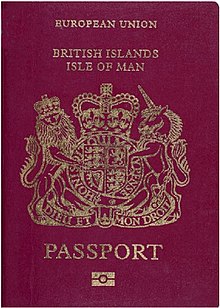 The Kronbesitzungen ( English Crown dependencies ) of the British Crown are areas that directly to the British Crown are assumed. The Channel Islands and the Isle of Man in the Irish Sea fall into this category . These are neither part of the UK nor a Crown Colony , but separate legal entities . Nevertheless, until Brexit , part of EU law was in effect on the islands, as was the customs law of the European Customs Union .

Both bailiwicks have a parliament ( French états , English States ) and are represented by a bailiff ( bailiff ) who is chairman of the parliament and also chief judge. Within the Bailiwick of Guernsey, the islands of Sark and Alderney again have extensive autonomy . Sark is a feudal state under the rule of the Seigneurs von Sark and has a democratic parliament called Chief Pleas . Alderney also has a parliament and an elected president. Political parties are of little importance in the Channel Islands because the candidates usually run as independents.

Both Jersey and Guernsey issue their own banknotes and coins . These are in free circulation in both bailiwicks, alongside British coins and English and Scottish banknotes. Like Scottish banknotes (for the rest of the UK), they are not legal tender in the UK and Northern Ireland but are mostly accepted anyway. Each of the bailiwicks has a postal administration that issues its own stamps .

The Isle of Man's parliament, the Tynwald , is believed to be the oldest continuously existing parliament in the world and can be traced back to 979 . It consists of two chambers, the freely elected House of Keys and the indirectly elected Legislative Council (Legislative Council). There are no political parties, all candidates run as independents. There is a Council of Ministers headed by a Chief Minister .

Relations with the Crown

See also : List of rulers of the Isle of Man

Relations with the UK

The UK government is responsible for defense and international relations; each island is responsible for customs and immigration. Previously, the responsibility was on the Kronbesitztümer Ministry of the Interior ( Home Office ), but this task was the 2001 to the Department Lord Chancellor over, today's Justice Department . Any law passed in the islands requires the approval of the Privy Council . Laws enacted by the British Parliament do not usually apply in the Channel Islands and the Isle of Man unless specifically stated. However, the Crown possessions are free to incorporate a UK law into their own law.

Even before the United Kingdom left the European Union, the islands did not belong to the EU and are represented under international law on the basis of an agency agreement for a fee by the British Foreign Office and, if necessary, also defended by British armed forces .

The German Federal Court of Justice takes a different view , which in a decision of July 1, 2002 (II ZR 380/00) on Section 110 of the Code of Civil Procedure, attributed the islands to the United Kingdom and the European Union ( “[…] Da J [ersey] als Part of the United Kingdom, even if it belongs to the European Union, taking into account its special constitutional status, […] ”).