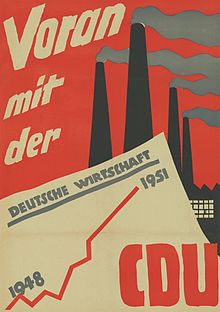 The state elections in Rhineland-Palatinate in 1951 took place on April 29th. The CDU lost eight percentage points, but remained the strongest party. The largest election winner was the FDP, which was able to gain almost seven percentage points. The KPD was the big loser in the election, it lost over half of its votes and with a result of 4.3% missed the re-entry into the state parliament. The CDU, led by Prime Minister Peter Altmeier , entered into a government coalition with the FDP, thereby ending the previous all-party coalition.

* Before the merger to form the FDP, 7 mandates were held by the Liberal Party (LP) and 4 by the Social People's Federation (SV).