Peter Kowald in Wuppertal in the 1990s

Playing together from the mid-1960s with Peter Brötzmann from Wuppertal , from the late 1960s in a trio with Irène Schweizer and Pierre Favre , also his own, from the beginning with Globe Unity Orchestra , also in smaller formations with Alexander von Schlippenbach , with whom he together founded Free Music Production . At an early stage, Kowald maintained intensive contacts with improvisers from England, Belgium, and Holland, as well as Barre Phillips , who gave him essential impulses for his playing on the double bass. Kowald worked with a large number of improvisers - such as Karl Berger , William Parker , Keith Tippett , Floros Floridis , Joëlle Léandre and Evan Parker . Again and again he worked with other bass players and documented these duos; he also recorded four records / CDs for double bass solo. The group Principle Life (1990) expanded the collaboration between two bassists (in addition to Kowald Klavs Hovmann) to include the drummer and pianist Marilyn Mazur and the singer Jeanne Lee . Kowald also had a trio with Conny Bauer and Günter "Baby" Sommer . With Sommer and the trumpeter Wadada Leo Smith , he undertook extensive European tours in the late 1970s. In the early 1980s he stayed in a Buddhist monastery and learned Mongolian overtone singing. 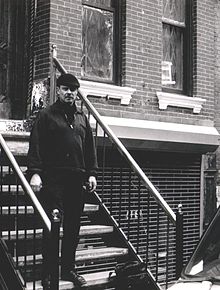 In addition to the duo work with singers such as Jeanne Lee , Diamanda Galas or Sainkho Namtchylak , the international improvisation ensemble Global Village Ensemble was a focus of his work, the core of which was formed by the violinist Gunda Gottschalk and the Chinese zither specialist Xu Fengxia ; there he worked with musicians from the most diverse cultural regions of the world. B. Far East, North America, South America together. His solo CD “Was Da Ist” was awarded the highest award, a crown, in the “Penguin Guide to Jazz on CD” (as did Brötzmann's album Machine Gun , on which he was involved). In 1995, Kowald received the Albert Mangelsdorff Prize as a representative of a global art of improvisation that recognizes differences.

Kowald spoke ten languages. He also left a remarkable art collection. His three-month tour in 2000 through numerous small and large cities in the USA, which he undertook alone with a pickup, is the subject of a documentary film.