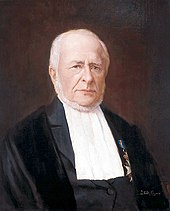 Willem Gerard came from a family that had established itself as a parish dynasty in the Netherlands. His paternal grandfather was the pastor in Rijswijk Johannes Brill (born August 14, 1740 in Oldersummergast, † December 2, 1801 in Rijswijk). His father Johannes Brill (born November 3, 1767 in Scherpenzeel, † June 21, 1859 in Twello) came from his marriage to Elizabeth de Marre. He initially worked for William V of Orange in England, where he lost all of his capital. Around 1800 he went to Leiden, where in 1802 he worked as a printer and administrator at the publishing company of Samuel Luchtmans (1766-1812). After his father had lost his first wife in the great Leiden explosion, he married Henriette van Lith (born July 22, 1776 in Brielle; † May 10, 1859 in Voorst), the daughter of the pastor in Brielle Hendrik, in Leiden on September 14, 1809 Michiel van Lith (* around 1750 in Delft; born July 18, 1804 in Brielle) and his wife Anne Maria Martine (* Gouda). In this marriage, Willem Gerard was born as the first son. Since his father took over the management of the publishing house after the death of Luchtmans, the young family should no longer have suffered from financial difficulties. The Luchtmans company was to be taken over by his brother Evert Jan Brill (born November 4, 1812 in Leiden; † November 29, 1871 ibid) in 1848, who led the publishing house to a new boom, which still exists today as the Brill publishing house .

After Brill had attended the French school and grammar school in Leiden, he enrolled at the age of sixteen on September 15, 1828 as a student of theology at the University of Leiden . Here he became a member of the student societies Bereschith and Utile dulci . He made friends with, among others, Cornelis Hendrik Boudewijn Boot (1813-1892), Nicolaas Beets , Jan van Gilse (1810-1859), Reinier Cornelis Bakhuizen van den Brink (1810-1865) and others. During that time, fiction attracted the young Brill. The patriotic Dutch literature, which was represented by Johannes Henricus van der Palm , attracted him less. Rather, Willem Bilderdijk inspired him for the writings of German Romanticism by Johann Wolfgang von Goethe . This is how he came to the philosophical writings of Georg Wilhelm Friedrich Hegel and Gottfried Wilhelm Leibniz . The writings of Jacob Grimm also had an influence on him . In October 1834 he had passed his parish exam in s'-Hertogenbosch. He then received two appointments as pastor to Ellekom and 't Woud, which he turned down. As a student of John Bake and Jacobus Geel (1789–1862) he devoted himself to the study of languages ​​and literature. Finally, Brill received his doctorate on June 24, 1837 with the work Specimen academicum inaugurale, quo continentur quaestiones selectae de comoedia Aristophanea to the doctor of philosophy. In 1838 Brill became a teacher of French, German, English, Dutch and Hebrew at the grammar school in Leiden. In 1840 he switched to teaching modern languages ​​and history at the newly founded grammar school in Zutphen .

He has now written many articles on a variety of subjects in De Gids magazine . Influenced by Grimm and Johann Christian August Heyses Detailed Textbook of the German Language (1838), Brill published his Hollandsche spraakleer in 1846 . In 1852 the Nederlandsche spraakleer (Dutch grammar) followed under a changed title and in 1866 he added the volume Stijlleer (grammatical style). He became a pioneer in Dutch linguistics and had made valuable contributions to the development of the Dutch language. He had also written grammatical works for the French and English languages. He translated Goethe's Faust into Dutch, dealt with music, and had also written historical and theological works. The curators of the University of Utrecht appointed him Professor of Dutch History and Dutch Language and Literature on April 13, 1859. He took over this task on June 23, 1859, for which he delivered the inaugural address Over den eisch des tijds en de wetenschap as geschikt om aan dien eisch te . In his capacity as a Utrecht university lecturer, he also took part in the organizational tasks of the educational institution and was rector of the Alma Mater in 1871/72 . When resigning from the task, he keeps the speech de scientiae laude genus humanum ab indignae dominationis vinculis vindicantis (German: About science and its ability to break the fetters of slavery ). In 1855 he became a member of the Royal Dutch Academy of Sciences , a member of the Society for Dutch Literature in Leiden, a member of the Historical Society in Utrecht and in 1880 became a Knight of the Order of the Dutch Lion . On April 28, 1881, he was retired from his professorship.