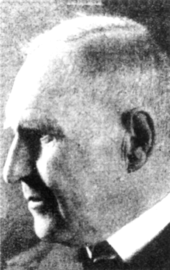 Carl Quantity studied medicine at the Universities of Munich , Freiburg and Leipzig . He then worked as an assistant at the Berlin Hygiene Institute under Robert Koch . Here he acquired a bacteriological training. On Koch's recommendation, he set up a bacteriological laboratory at the Oxford University Museum of Natural History at the University of Oxford as assistant to the institution's founder, the physician Sir Henry Acland . He subsequently became an assistant to Eduard Arnold Martin in Berlin and later a midwifery teacher in Stettin . His gynecological teacher became Paul Doubt at the University of Leipzig . There quantity completed his habilitation at the same time as Bernhard Krönig (1863-1917), who was later appointed professor of obstetrics and gynecology in Freiburg . He was on friendly terms with crowd.

In 1904, Carl Menge was appointed to the chair for gynecology and obstetrics at the Friedrich-Alexander University in Erlangen as the successor to Johann Veits . He headed the women's clinic until 1908. His successor was Philipp Jung (1870–1918).

Quantity was appointed from Erlangen to the chair of the Ruprecht-Karls-Universität Heidelberg . Quantity ran the clinic here until 1930. After an illness, Carl Quantity asked for his retirement . He left behind a house he built on Zeppelinstrasse in Heidelberg, the Villa Quantity, which is now the obstetrical center of the Salem Hospital. Quantity was 1922-1923 President of the German Society for Gynecology and Obstetrics and organized its congress in 1923 in Heidelberg . The society later made him an honorary member. In 1926 he was elected to the German Academy of Sciences Leopoldina .

Quantity moved to Munich , where he joined the Aumüller Society, an association of academics, artists and architects, and devoted himself to his musical, especially literary, interests. He died at the age of 81 in 1945.

Carl Quantity devoted a significant part of his scientific work to the clarification of nosological connections between infectious diseases in gynecology. As early as 1900, together with Krönig, he gave a lecture on the etiology and nature of puerperal fever, which received international attention. Further work concerned new culture methods for gonococci , studies on self-cleaning of the vagina and on urogenital tuberculosis . He enriched gynecological surgery with new techniques such as tube sterilization through the inguinal canals and Mengesche abdominal wall surgery . Quantity recognized early on the importance of radiation therapy for the treatment of gynecological cancers , which he used, for example, for cervical cancer . As an obstetrician, however, crowd was rather conservative. In particular, he was an opponent of the artificial premature birth , the high forceps and the prophylactic approach in the treatment of the narrow pelvis . However, he tried to use hypnosis and autosuggestion for pain relief during childbirth and was instrumental in the introduction of scopolamine - nitrous oxide - anesthesia .