Frank Martin was the youngest of ten children of the Calvinist pastor Charles Martin , who was of French Huguenot origin. He had only one musical teacher, Joseph Lauber , who taught him piano, harmony and composition and who performed Martin's first work at the Swiss Tonkünstlerfest in Vevey in 1911 . From 1908 to 1910 Martin studied mathematics and physics at the University of Geneva. After stays in Zurich, Rome and Paris, he returned to Geneva in 1926. Here he founded the local Société de musique de chambre to maintain the music of the 17th and 18th centuries. In the following years he was also closely associated with Émile Jaques-Dalcroze , who introduced him to the technique of rhythmics and at whose institute he taught from 1928 to 1938. Martin has also performed as a pianist and harpsichordist, and during World War II he was President of L'Association Suisse des Musiciens . In 1946 he moved to the Netherlands. From 1950 to 1957 he taught composition at the State University of Music in Cologne. 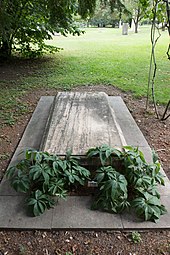 In his personal style, which he developed in the 1930s after his earlier works were still clearly influenced by the music of César Franck and Gabriel Fauré , Martin developed a synthesis of Arnold Schönberg's twelve-tone technique and traditional classical tonal music .

The main focus of his work is on vocal works, including several oratorios , including Le vin herbé , In terra pax , Golgotha , Le Mystère de la Nativité and the Requiem . There are also numerous smaller works as well as works for solo voice and orchestra such as The Cornet after Rilke's The Way of Love and Death of the Cornet Christoph Rilke and the Six Monologues from Jedermann . In addition to weighty music-dramatic works such as Roméo et Juliette , Athalie and Der Sturm , Martin's diversity is also evident in pure instrumental music. Several solo concerts (for violin, harpsichord, cello, piano) as well as chamber music for various instruments, including above all to mention, are evidence of this the ballads for saxophone (1938), flute (1939), piano (1940), trombone (1940), cello (1949) and viola (1972). Originally for Andrés Segovia , he composed the functional harmony with twelve-tone technique for guitar, the Quatre pièces brèves . The composer Ingo Schmitt is one of his students .