The following important information is missing from this article or section:
complete Russia affair including state doping, exclusion of RUSADA, demands on Russia, controversial resumption of RUSADA and criticism
Help Wikipedia by researching and pasting it .

WADA was founded in 1999 as the result of a world anti-doping conference initiated by the IOC with the aim of harmonizing and coordinating anti-doping programs at international and national level with regard to the detection, deterrence and prevention of doping. The national and international sports federations wanted to give up financial responsibility for false-positive doping cases, as they were warned by the case of the British Athletics Federation . The British Athletics Federation had to file for bankruptcy because it could not afford the six years of litigation costs in the Diane Modahl case . The association re-established itself as UK Athletics (UKA) the next day, so that only the sportswoman lost more than 500,000 euros, but this was a warning for all associations to outsource the financial risk.

In April 2002, WADA's headquarters were relocated from Lausanne to Montreal , Canada , as IOC Vice President Richard Pound became the chair. As of January 1, 2014, former British Olympic Association (BOA) Chairman Craig Reedie has been President of WADA. In October 2018, the compatibility of this position with his membership in the IOC was criticized.

Test methods include urine tests, blood tests, and other medically indicated measures. In a total of 34 authorized WADA laboratories, the samples collected twice ( A and B sample ) are examined for prohibited substances (e.g. EPO ) or methods ( e.g. blood doping ). Based on these efforts is the WADA code and the annually updated list of prohibited (Prohibited List). This prohibited list applies worldwide and for all sports that are subject to the World Anti-Doping Code (WADC).

National anti-doping agencies exist in the individual countries to implement the WADA guidelines at national level, for example:

In December 2016, the former Russian pole vaulter Jelena Gadschijewna Isinbajewa was appointed president of the Russian Anti-Doping Agency, which was received with irritation by the IOC.

WADA has a rigorous zero-tolerance stance towards doping. Current anti-doping rules stipulate that athletes must be available for unannounced screening for one hour seven days a week. In addition, they have to specify 3 months in advance where they can be found and when. The inspectors are required to decide against the athlete in case of doubt, including small formal errors. Three violations within 18 months are considered a positive doping test and result in an automatic ban.

In addition, WADA automatically evaluates (Article 2.3) a non-immediate doping test or “interruption of visual contact with the athlete concerned” as “deliberate prevention of the test”. This is also counted as a positive test and leads to a non-negotiable ban of 12 months. Also, it is always assumed that getting the athlete for a delayed doping test in the obligation to deliver is not the inspector.

The Anti-Doping Code 2009 currently applies and a new WADA code came into force at the beginning of 2015. The changes essentially include:

As of January 2015, these changes were introduced worldwide and came into force. 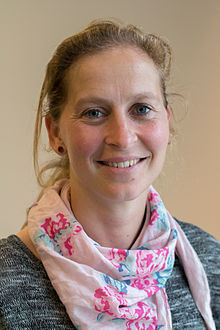 Since the beginning of 2009, WADA has been using an online reporting system called ADAMS, with which athletes have to comply with their reporting obligation (see above). This system was criticized from various sides because of its technical and ethical inadequacies.

Hockey player and athlete spokeswoman Marion Rodewald criticized ADAMS as "not self-explanatory and very cumbersome to use". The sharpest criticism came from the Federal Commissioner for Data Protection, Peter Schaar . He does not see the human dignity of the athletes being respected, criticizes the "complete residence control, inadequate data protection and general suspicion against athletes" and called ADAMS the equivalent of an electronic ankle cuff . The lack of data security and the lack of anonymization were particularly criticized.

WADA Director General David Howman rejected criticism of ADAMS as " fear of contact" with a new technology. This view was defended by DOSB President Thomas Bach , who admits that the system “demands a lot from athletes” and is not perfect. He stated that the reporting system is "voluntary" and only for competitive athletes: allegations of complete monitoring are therefore incorrect. In addition, in his opinion, the silent majority of athletes are in favor of this system.

John Fahey, at that time head of WADA, justified the tough approach with the deterrent effect and saw rigorous, comprehensive testing as the best means against doping. The Austrian doping expert Hans Holthaus stated: "I am convinced that a new generation of athletes is growing up and that the generation that has systematically doped is dying out."

In response to complaints that the existing anti-doping rules intrude into private life, Fahey shows little understanding and states: "It is much easier to indicate where you are currently than to exchange flight tickets."

Evi Simeoni from the Frankfurter Allgemeine Zeitung defended the WADA rules with the argument that doping athletes can only be stopped with strict rules.
IOC President Jacques Rogge admitted that the rules put athletes under general suspicion, but he backed WADA: "Sport has to pay a price [for credibility]."

Tennis player Roger Federer and speed skater Anni Friesinger support these regulations among athletes . Friesinger stated that private individuals already voluntarily, u. a. for online purchases, give out personal information.

In therapeutic use exemptions (TUE) is the use of drugs of doping list for therapeutic reasons. These must be applied for by national doctors in national competitions and international doctors in international competitions at the request of the athlete and family doctor. The application must be submitted to the association 21 days before the competition. The then legal use of anabolic steroids after a muscle injury or testosterone after testicular cancer as with Lance Armstrong are the most common variants. In 2009, 4086 TUEs were issued for Germany alone. Even if such TUEs are necessary to e.g. B. in senior sports, in which prescription drugs are often used in the interests of quality of life (must), not to exclude too many athletes, there is a considerable potential for abuse in the TUEs. The documentary sport inside reported on December 11, 2016 that TUEs are exhibited in an inflationary manner because they are so popular with top athletes. The French anti-doping agency AFLD does not accept the TUE procedure.

The reactions on the part of the athletes to the tough WADA line are very different. WADA is particularly badly criticized by football.

The football organizations FIFA (World Football Association), UEFA (European Football Association) and the DFB unanimously describe the WADA methods as excessive. FIFA President Sepp Blatter described the surveillance as a “witch hunt” and considered mandatory doping testing during a vacation to be “unacceptable”. This judgment was also passed on behalf of UEFA, and DFB President Theo Zwanziger also called the WADA measures “exaggerated”. WADA Sports Director David Howman reacted "horrified" to these statements and threatened to be banned from the Olympic Games for football.

Tennis player Rafael Nadal , ex-soccer player Michael Ballack and pole vaulter Danny Ecker sharply criticized these regulations. “The obligation to report makes us feel like criminals. This is paranoid and not fair [...] I'm the first to want a fair and completely clean competition [... But] it is often very difficult to say, especially in tennis, where you are going to be the next day, ”said Nadal in January 2009.

Ballack and Ecker complained about "unacceptable restrictions on personal freedom". The British rower Annie Vernon (2008 Olympic silver medal in Beijing) called the WADA regulations “unrealizable”. The regulations intrude so far into her privacy that she was torn out of a vacation in Miami and put under doping control.

Other negative opinions came from Sir Alex Ferguson , the ex-trainer and manager of Manchester United , who described the WADA rules as a “logistical nightmare”, and the tennis players Andy Roddick (“a normal everyday life becomes impossible”) and Serena Williams (“the Rules invade the intimate sphere ”). Pole vault Olympic champion Yelena Isinbayeva criticized the fact that the regulations "discriminate against innocent athletes, while the guilty get away with it."

The Belgian lawyer Kristof de Saedeleer sued this regulation on behalf of 65 Belgian athletes in 2009. He called them "paranoid, degrading and draconian" and denounced incursions into privacy and the overriding of the presumption of innocence . The international football players union FIFPro, which represents 42 countries, also announced lawsuits. They argue that a 365-day inspection is not compatible with the right to vacation (in Europe a minimum of 20 days). Doping experts also see a conflict with Article 8 of the European Convention on Human Rights (right to respect for private and family life ): “Everyone has the right to respect for their private and family life , their home and their correspondence ... An authority may exercise this right only intervene insofar as the intervention is provided for by law and necessary in a democratic society. "

There were also worried voices from the trade press. The Times criticized the developments as "disproportionate" and stated that innocent gamblers were punished as harshly as guilty for small formal legal violations.

WADA has detailed information about the reporting system on its website.

On December 3, 2014, the ARD reported in the documentary "Doping, a secret matter - how Russia makes its winners" about state support and cover-up of doping in Russia . As a result, WADA founded a commission on December 16, 2014, consisting of Richard W. Pound , Richard McLaren and Günter Younger, to clarify the allegations against top-class Russian sport. It published a first report on November 9, 2015. The IAAF subsequently suspended the Russian athletics federation ARAF. At the same time, WADA withdrew its license from the Russian anti-doping agency RUSADA.
In a second report on January 14, 2016, the commission made serious allegations against the IAAF and its former President Lamine Diack .

The US judiciary , the IOC and WADA started investigations in May 2016 after Gregori Rodschenkow admitted in an article in the New York Times that Russian athletes were doped at the 2014 Winter Olympics in Sochi and that their positive doping tests were tested by Russian anti- Doping experts and the Russian secret service were exchanged.

In June 2016, WADA again brought serious accusations against Russia . Intimidation of the doping controls by the Russian secret service and obstruction by Russian athletes are said to have resulted in 736 doping controls not being able to be carried out. The first McLaren report commissioned by WADA was published on July 18, 2016. It emerged from this that positive doping samples had been lost from the Moscow anti-doping laboratory for several years. This manipulation, which was monitored by the Russian Ministry of Sports, was used to cover doped athletes.

In December 2019, in the scandal surrounding the manipulated data, WADA finally imposed a four-year ban on Russia and the country is not allowed to participate in the two upcoming Olympic Games in Tokyo 2020 and Beijing 2022, the Youth Olympic Games or world championships in sports that use the WADA code have signed (e.g. soccer world championship 2022 ), as well as so-called "major sport events".
Forensic investigations by WADA experts have shown that the doping data from the Moscow laboratory from 2012 to 2015 are "neither complete nor completely authentic". This could be proven in comparison with a copy of the data leaked to WADA by a whistleblower in 2017. According to WADA, Russia “deleted or changed hundreds of suspected adverse analysis results” and 145 suspected doping cases are said to have been covered up or falsified. However, under certain conditions, Russian athletes may participate as neutral athletes without a national flag.

The procedure for Russian state doping is to be heard before the International Sports Court (CAS) in autumn 2020 . The CAS set the hearing to be November 2-5. RUSADA has lodged an objection with the CAS.