The House of Mecklenburg (also Obodriten ), mainly referred to as the Niklotiden in scientific research , is the dynasty that emerged from the tribal association of the Abodrites and ruled Mecklenburg for a total of 787 years - from 1131 to 1918 - almost continuously . It belonged to the gripping -Gender (the dynasty of the Dukes of Pomerania ), the Silesian Piasts and the Czech Přemyslid the few royal families in the Holy Roman Empire of the German Nation , in the male line of West Slavic descended princes. 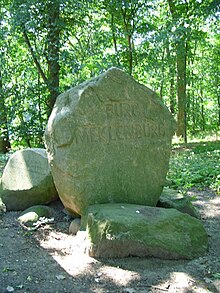 Monument on the castle wall of Mecklenburg

The progenitor of the family is Niklot (around 1100–1160), Prince of the Abodrites , Kessiner and Zirzipans , who fell in 1160 in the battle against Duke Heinrich the Lion . The parentage and origin of Niklot are unknown. His son Pribislaw had to submit to Heinrich after the lost battle of Verchen in 1164, became a Christian and in 1167 received large parts of his paternal inheritance back from Heinrich as a Saxon fief . The Mecklenburg near Wismar (also called Mikelburg, Mikelenburg or Wiligrad) was replaced by Wismar as the princely seat in 1256. In the meantime, however, further princely seats had arisen in the Obodritic dominion. Pribislaw's descendants were appointed dukes in 1348 , and since then all members of the house have held the title of Duke of Mecklenburg . With Albrecht III. the Obodrites also provided a king of Sweden from 1364 to 1389. Sovereign since 1806, they were elevated to grand dukes in two lines (Schwerin and Strelitz) in 1815 and, as such, to ruling federal princes of the German Empire in 1871 , until the November Revolution of 1918.

1229 First main division of the country into four parts:

1352 division of the country into two sublords:

1621 Second main division of the country into two parts (1628–1631 temporarily united under Wallenstein ):

1701 Third main division of the country into two parts:

In 1815, at the Congress of Vienna , the two Mecklenburg regents received joint titles as Grand Dukes of Mecklenburg . Both parts of the country were henceforth referred to as (partial) grand duchies. Only the state part of Mecklenburg-Schwerin took the step towards a modern constitutional state with a constitutional monarchy in the course of the 1848 reforms, which was ended in 1850 and returned to the old legal status.

After Adolf Friedrich VI. , the last Grand Duke of Mecklenburg [-Strelitz], died shortly before the end of the monarchy in 1918 under puzzling circumstances, the Schwerin Grand Duke Friedrich Franz IV took over the government in Strelitz and finally abdicated on November 14, 1918 for both Mecklenburgs . The former parts of the country achieved political independence as free states for the first time in 1918/19 and remained countries of the German Reich. 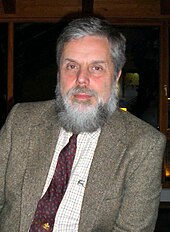 Images of the residences of the House of Mecklenburg-Schwerin

Images of the residences of the House of Mecklenburg-Strelitz