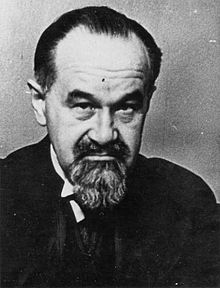 Elbogen was initially trained by his uncle Jakob Levy , the author of the New Hebrew Dictionary , later at the grammar school and from 1893 at the Jewish Theological Seminary in Wroclaw and at the University of Wroclaw , where he received his doctorate in 1898 . He received his rabbi diploma in 1899 and became a lecturer in Biblical Exegesis and Jewish History at the Collegio Rabbinico Italiano in Florence . Since 1902 private lecturer and rector of the University for the Science of Judaism in Berlin , he was appointed Prussian professor in 1919. Among other things, he worked on the 5-volume Jewish Lexicon (1927–30) and published ten volumes of the Encyclopaedia Judaica from 1928 to 1934 . In addition, he had been a member of the Germania Judaica staff since 1934 and was co-editor of the magazine for the history of Jews in Germany (New Series, Philo-Verlag , Berlin, 1929 to 1937). After 1933 he was a member of the Reich Representation of German Jews , whose education committee he chaired.

Ismar Elbogen was married to the older sister of the conductor Otto Klemperer , Regina "Regi" Klemperer.

After emigrating to the United States in 1938, he taught there until his death at the Jewish Institute of Religion in New York, as well as at the Jewish Theological Seminary and the Hebrew Union College .