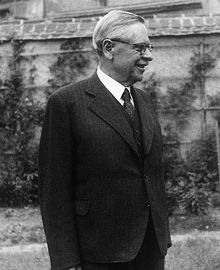 Jan Malypetr came from the family of a landowner. After attending grammar school and higher business school in Kadaň , he worked on his parents' estate.

In 1899 he joined the Agrarian Party and in 1906 became a member of the Executive Committee. From 1911 he was mayor of his hometown Klobuky, from 1914 in the district town of Slaný.

From 1922 to 1925 he was Minister of the Interior, in 1932 he was elected Prime Minister and headed three successive governments. He was particularly successful in eliminating the consequences of the global economic crisis .

After the German occupation , he retired from public life in 1939. He did not take part in the resistance and was even involved in founding the Czech "League against Bolshevism" in 1944. After 1945 he was tried for this, but was ultimately acquitted.