The Police Sports Club Braunschweig , PSV Braunschweig for short , is a sports club from Braunschweig in Lower Saxony . The association comprises 21 departments.

PSV Braunschweig was founded on December 2, 1921 as a sports club for the police force . Initially, the club operated the sports of soccer and fistball , from 1924 also athletics , handball and swimming . In 1926 it was renamed the Braunschweig Police Sports Club, and at the same time the club was also opened to private individuals.

The judo department of the PSV was founded on September 23, 1953. In 1975 the club's men's team was promoted to the Judo Bundesliga , in 1990 the women, who had previously won the German championship in 1985 and 1988, were among the founding members of the women's Bundesliga. In 1996, PSV withdrew from the Bundesliga for financial reasons. Since 2002 one has been in judo as SFV Europa eV in the police SV . 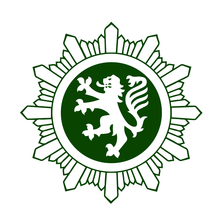 In 1952, the PSV football team rose to the third-rate Lower Saxony amateur league , Season IV. After two years, however, the club had to relegate again, in the following years they mostly played in lower-class amateur football. In the 2012/13 season, PSV will compete in the 2nd district class Braunschweig, Season 2.

In 1982 the handball team of PSV entered into a syndicate with MTV Braunschweig . In the following years the MTV / PSV also played for two seasons in the 2nd handball Bundesliga , from 1987 to 1989 .