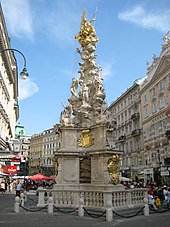 Statue of Emperor Leopold I. 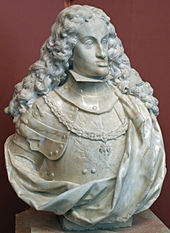 Strudel came to the court in Vienna in 1686 and got a job as a court painter . Most of the time he worked with his brother Peter Strudel . His work marks the transition to high baroque in Austria ; but was in the style of Gian Lorenzo Bernini .

In addition to numerous court commissions, the plague column , which was built under his direction between 1686 and 1693 , is particularly noteworthy of his sculptural work .

The princes of Liechtenstein commissioned Strudel with some monumental statues for their Moravian castles Feldsberg and Eisgrub . Since taste in art changed at the beginning of the 18th century, it was not possible for court architect Giovanni Pietro Tencalla to introduce Paul Strudel (or his brother Peter Strudel ) as his successor. The German builder Johann Lucas von Hildebrandt from Genoa was preferred to the Strudel brothers.