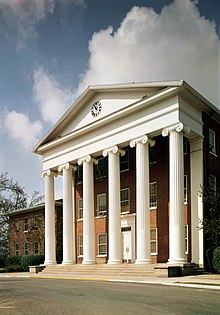 The university, whose introduction the Mississippi Legislature decided on February 24, 1844 , was founded in 1848 as a Lyceum . During the civil war the building was used as a hospital. The college did not reopen until after the war in 1874. From 1882 women were allowed to study at the university, and in 1886 the first female teacher was hired. In 1962, James Meredith enrolled as the first African American student and could only be accepted into the university under the protection of the federal police. The riots went down in history as "Ole Miss Riots". Two people, a white French journalist and a white jukebox electrician, were killed by targeted shots in the back of the head by strangers during the race riot on campus. James Meredith was harassed by fellow students during his first two semesters. This fact was processed in the song " We Didn't Start the Fire " by Billy Joel . Even Bob Dylan wrote a song about the events ( Oxford Town ). The part of the university campus that was at the center of the unrest in 1962 was designated a National Historic Landmark on October 7, 2008 by the United States government as Lyceum-The Circle Historic District .

In 2012, around 500 students gathered on campus and protested against Barack Obama's re-election as US president. They shouted racist slogans. 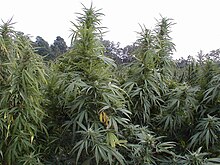 On the main campus:

In Jackson at the University Medical Center :

The Ole Miss sports teams are called the Rebels . The university is a member of the Southeastern Conference .