Jackson is the capital and largest city ​​in terms of population of the US state Mississippi and (next to Raymond ) one of two seats of the county administration ( county seat ) of Hinds County .

Jackson lies on the former Choctaw settlement area . Jackson was founded in 1822 because Mississippi needed a central capital and was named after General Andrew Jackson . The architect Peter van Dorn laid out the city like a chessboard, as Thomas Jefferson had requested. Today many of the parks have disappeared.

On May 14, 1863, the Confederate defeat in the American Civil War took place in Jackson . Union General Ulysses S. Grant defeated officers Joseph E. Johnston and John Gregg . After the war, the racist paramilitary group Red Shirts was founded in Jackson in 1875 . Writer Richard Wright published the classic Black Boy in 1945 , which describes the suffering of blacks from racism in Jackson.

On May 24, 1961, numerous members of the American civil rights movement were arrested in Jackson. In 1967 a bomb attack on the Beth Israel Congregation synagogue was carried out by the Ku Klux Klan . On June 12, 1963, the civil rights activist Medgar Evers was murdered by Byron De La Beckwith , his killer was acquitted several times and only convicted in 1994. Jackson-Evers International Airport was later named in honor of Evers.

Jackson is located on the Pearl River and covers approximately 27,670 hectares .

Jackson is enclosed by Interstate 20 to the south, Interstate 55 to the east, and Interstate 220 to the northeast . US Highways 49 , 51 and 80 and Mississippi State Routes 18 and 25 also run through the city .

Furthermore, the city is on the routes of the Canadian National Railway and the Kansas City Southern . To the east of the city is the Jackson-Evers International Airport .

By 2004 Jackson also had an ECHL ice hockey team , the Jackson Bandits . 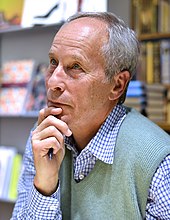