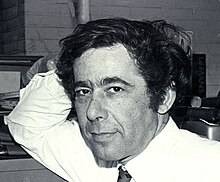 Klemperer attended New Rochelle High School in New Rochelle and in 1944 - on his 17th birthday - was a soldier in the United States Navy Air Corps. After World War II , he enrolled at Harvard College in 1946 , where he earned a bachelor's degree in chemistry in 1950 . In 1954, Klemperer earned a Ph.D. from George C. Pimentel at the University of California, Berkeley. in physical chemistry . He then went back as a lecturer at Harvard University , where he rose rapidly and was given a full professorship in 1965. Klemperer stayed at Harvard - only interrupted by a sabbatical year 1968/1969 in Cambridge , England (inter alia with Dennis Sciama ), a position as deputy director for Mathematical and Physical Sciences at the National Science Foundation in Washington, DC (1979-1981) and one Sabbath semester at the University of California, Berkeley (1998) - until his retirement in 2002.

Klemperer had been married to Elizabeth Cole since 1949 and the couple had three children.

Klemperer dealt with molecular structures , energy transfer and intermolecular forces , in particular using spectroscopic methods. He carried out fundamental work on models of molecule formation and detection within interstellar matter and is considered a pioneer of cosmochemistry .