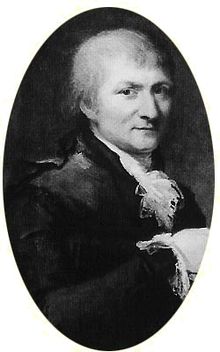 Afzelius became a lecturer in oriental literature in 1777, as Carl von Linné's last pupil in 1785 as a demonstrator of botany at Uppsala University . In 1792 he went on a research trip to Sierra Leone . He lost his valuable collections as a result of the looting of the colony by the French. His brothers were Johan Afzelius (1753-1837), chemist at Uppsala University, and Pehr von Afzelius (1760-1843), professor of medicine there. The latter was considered an excellent teacher and practitioner.

In 1796 he was employed as a secretary at the Swedish embassy in London . He returned to his chair in Uppsala in 1799 and received the professorship of the materia medica in 1812 . On October 10, 1800 he was nicknamed Hesperus III. elected member ( matriculation no. 1015 ) of the Leopoldina . Uppsala University bought his ethnographic plant collection.

The plant genera Afzelia from the legume family and Afzeliella from the black- mouthed family (Melastomataceae) were named after Afzelius .