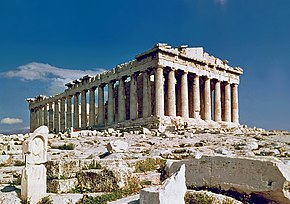 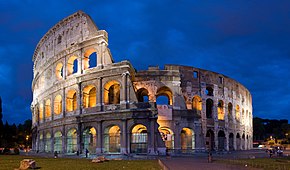 The term architectural monument originally referred to an architectural or plastic monument to commemorate a personality or an event. Today, according to Duden, it is a "building as a monument to past architecture" and includes "historical buildings of all kinds as sources and testimonies to human history and development." Architectural monuments can be individual cultural monuments , such as individual buildings, or entire facilities , such as historical town centers and town centers, streets, Be places or groups of buildings. They are of artistic, scientific, technical, technical, historical or urban significance. In addition, a monument is a technical term that is interpreted differently in different contexts.

Today, many architectural monuments are often an important cultural asset for tourism and part of the grown cultural heritage of a state, region or municipality. Many of these monuments carry the mark of cultural property according to the Hague Convention for the Protection of Cultural Property in the Event of Armed Conflict (see Blue Shield International ) or are UNESCO World Heritage Sites .

Historical origin of the term

A monument can be a magnificent palace (here Nymphenburg Palace in Munich) ... 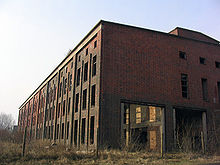 ... or a ruinous industrial building (here the oxygen plant II in Peenemünde ) 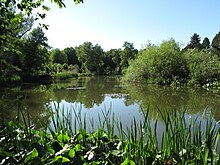 ... or a botanical garden in Bavaria

... or a simple boundary stone like here in Jachenau .

The Augustusbrücke in Dresden is colloquially also a monument, but the Saxon monument law describes it as a cultural monument.

In the first half of the 19th century, private antiquity associations came together with the aim of "finding, preserving, explaining and depicting historically or artistically important monuments of the patriotic prehistory", such as the Royal Saxon Research Association founded in the Kingdom of Saxony in 1825 and preservation of patriotic antiquities (see also the development of monument protection in Saxony ).

The concept of (patriotic) antiquities was split up in the course of the inventory taking place in the second half of that century : The commissioned inventories of architectural and art monuments (e.g. Richard Steche and Cornelius Gurlitt : Descriptive representation of the older architectural and art monuments of the Kingdom of Saxony . 41 Bde., Meinhold, Dresden 1882–1923) made a distinction between the buildings worth preserving (monuments such as churches, castles, mansions etc.) and the art treasures and artistic monuments worth preserving ( art monuments such as church furnishings, statues and equestrian monuments). However, this division was not mandatory. In 1900, the first day for the preservation of monuments commissioned the art historian Georg Dehio with the task of compiling a Germany-wide quick inventory of all objects worthy of protection, the handbook of German art monuments .

As part of the cultural heritage, architectural monuments are one of the primary goals in many wars and armed conflicts and are therefore threatened with destruction and looting. Often the cultural aspect of the buildings is in the foreground and it is precisely the cultural heritage of the enemy that is to be permanently damaged or destroyed. The President of Blue Shield International, Karl von Habsburg , explained during a cultural property protection mission in Lebanon in April 2019 with the United Nations Interim Force in Lebanon : “Cultural goods are part of the identity of the people who live in a certain place. If you destroy their culture, you also destroy their identity. Many people are uprooted, often no longer have any prospects and as a result flee from their homeland. ”Today Blue Shield International operates national and international coordination with regard to military and civil structures for the protection of architectural monuments in the sense of cultural monuments together with the United Nations and UNESCO . In the event of war in particular, attempts are made to create so-called “no-strike lists” for monuments, as in Libya, Syria, Yemen and Mali. These lists, drawn up by Blue Shield in conjunction with local experts, are intended to determine for all warring parties which important sites must not be bombed under any circumstances.

"... structural system or parts of it from a bygone era ... including certain historical items of equipment (including movable objects). Gardens and ensembles are also considered architectural monuments, the latter even if not every single associated building is a monument, but the site, square or street image as a whole is worthy of preservation. "

The term architectural monument is intended for the classification of listed objects in the monument protection laws of the following federal states:

Also in the German Income Tax Act , listed buildings or parts of buildings, regardless of the definition of the monument preservation laws of individual federal states, are referred to nationwide with the term architectural monument. The monument protection according to the respective state legal regulations is assumed. Construction work that is necessary in terms of type and scope to maintain the building or part of the building as a monument or for its sensible use can be deducted from tax. Such tax-privileged properties are also traded by real estate agents under the designation of listed properties or listed properties.

The use of the term in monument preservation follows the general usage rather than the monument protection laws of the individual countries. For example, it says in the foreword to the current Dehio manual for Saxony, whose Monument Protection Act does not further subdivide cultural monuments:

“The monuments of Dresden that were destroyed in the night of the bombing of February 13-14, 1945 were described and appreciated to a greater extent than usual [...]. The reconstructed and restored monuments are to be understood in their original urban, artistic and historical context. "

The German National Committee for Monument Protection announced at the beginning of 2008 that, according to its census, there were at least 748,105 architectural monuments and 565,696 ground monuments in Germany. These figures were also made regardless of the terminology of the respective state legal classification.

In the GDR, the preservation of monuments also used the term of the monument to designate listed buildings, for example in the documentation by Götz Eckardt (ed.) And Horst Drescher (edit.): Fates of German architectural monuments in the Second World War. A documentation of the damage and total losses in the area of ​​the German Democratic Republic , published in 1978 by Henschel-Verlag Berlin.

In Austria, the protected architectural monuments are designated as immovable monuments under monument protection . They were published in a list together with the archaeological monuments .

There are also programs from the federal states and municipalities, such as the Tyrolean art cadastre , the digital cultural city map of Vienna , or the monument database of the city of Linz .