Black Mirror is a British science fiction series by Charlie Brooker that explores the various effects of the use of technology and media on society . The plot of the respective episodes is self-contained and tells its own stories, which is why the series is included in the anthology series . In some episodes, however, there are references and references to events or objects of other episodes.

Regarding the content and structure of the series, producer Charlie Brooker noted that "each episode has a different cast, a different location, even a different reality." But they were all about "the way we all live and we could live within 10 minutes if we were clumsy".

In an Endemol press release, the series was described as a " Hybrid of Twilight Zone and The Incredible Stories of Roald Dahl ". Channel 4 itself describes the first episode as a "twisty parable of the Twitter age".

Charlie Brooker explained the title to The Guardian : “If technology is a drug - and it feels like a drug - what exactly are the side effects? This area - between pleasure and discomfort - is the setting for my new drama series Black Mirror . The 'black mirror' in the title is the one you find on every wall, on every table, in every palm: the cold, shiny screen of a television, a computer, a smartphone . "

The second season was announced on July 12, 2012 and aired from February 11 to February 25, 2013. Like the first season, the second season consists of three episodes. In February 2013 it was announced that Robert Downey Jr. had secured the film rights to the episode The Entire History of You . The film is slated to be produced by Warner Bros. and Robert Downey Juniors' own production company, Team Downey.

At the end of September 2015, the US streaming service Netflix announced that it had ordered and produced a third season of Black Mirror with a total of twelve episodes; Charlie Brooker and Annabel Jones are again on board as showrunners. The third season, initially planned as 12 parts, was divided into seasons three and four during production. On October 21, 2016, the third season was released on Netflix, which now comprises six episodes, the last of which is a feature length (89 minutes). The six episodes of the fourth season were first released on December 29, 2017. On March 5, 2018, Netflix confirmed the production of a fifth season. On December 28, 2018, Black Mirror: Bandersnatch, an interactive film in the series, was released. On June 5, 2019, the three episodes of the fifth season were released. 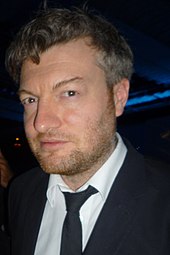 For the most part, the first season of the series was received very positively.

In an article on the first episode for The Guardian , John Grace criticized the believability of the situation, but stated that "none of it really matters, as good satire lies in the enjoyment you get along rather than the absurdity of setting it up" . This pleasure would be achieved by building it up as a straightforward drama, where he also describes a specific scene as "brilliant". A review of the episode in The Telegraph rated it four and a half stars out of five, describing it as a "brave, black-humored study of modern media." The idea of ​​the episode is "incredibly brilliant". Neela Debnath also rated The National Anthem positively for The Independent . As she wrote: "This carefully crafted and compact drama is compelling."

Sam Wollaston described the second episode, 15 Million Merits, in his review as "significantly better than the first [episode]". The result is "more insidious" and "beautiful, in a suffocating, restrictive way". He also praised the acting performance of Daniel Kaluuya , who plays the main character Bing. Wollaston further described all acting performances as good. The Telegraph noted that the episode's motives were well known, but explored with "style, intelligence, and scourging through harsh humor." In addition, Sam Richards recognized a certain self-criticism of Brookers, as Bing turns from an "irritable television critic" into a television presenter in the end . Overall, the episode was rated four out of five stars. The Independent called the episode a "great fable with a cynical conclusion". The tone was "completely different" compared to the previous episode, with a "stronger emotional connection to the characters". The newspaper praised the aesthetics of the episode, the quality of which was "fantastic" and appeared "plausible".

The last episode of the first season, The Entire History of You , received the most critical reception. Sam Richards only gave three out of five stars in a review for The Telegraph , as opposed to four and a half and four stars for the first and second episode, respectively. This family drama offers many "socially awkward moments", but lacks the "satirical bite of the previous two episodes". Richards described the episode as having the "least impact" because "the technical element is not so crucial to the outcome of the story". Nevertheless, The Entire History of You successfully holds the mirror up to the viewer. Neela Debnath also described the episode as the "weakest" of the three in a review for The Independent . It unfolds like an episode of the EastEnders series with "constant nagging, quarrels and arguments about illicit affairs". Instead of being brave, the episode would be “just awkward” to watch. Debnath recognized the "overarching theme of human separation through technology" in the sex scene between the main characters Liam and Ffion, and said that the "message was lost in all the melodrama ". Entertainment Weekly voted the episode 8th in their top 10 best series episodes of 2013.

The following seasons were also received very positively by international critics. In various ranking lists, in particular, episode 1 of season 2 ( revenant - original: Be Right Back ), episode 4 of season 3 ( San Junipero ) and episode 1 of season 4 ( USS Callister ) are in the upper places.

The first episode of the first season The National Anthem was one of the most successful launches of 2011 for a drama series on Channel 4, according to the Guardian. The audience was 1.86 million viewers. It was in competition with the documentary Inside Facebook , which was broadcast at the same time on BBC 2 and received similar ratings. The Broadcasters' Audience Research Board , which is responsible for calculating audience ratings in Great Britain, reported a total viewership of 2.07 million, making the first episode ninth among the 30 most successful programs on the television network in the week of November 28th 2011 to December 4, 2011.

The second episode of the first season, 15 Million Merits , achieved a significantly lower audience rating with 1.1 million viewers. The Broadcasters' Audience Research Board reported a total of 1.52 million viewers, making Black Mirror # 30 among the 30 most viewed programs on the station for the week of December 5th through December 11th.

The last episode of the first season The Entire History of You was followed by 870,000 viewers according to initial information, which marked a further significant decrease in viewership over the course of the season.

In November 2012 the episode The National Anthem received the International Emmy in the TV Movie / Mini-Series category .

The fourth episode of the third season of San Junipero won the IGN Award for Best TV Episode on January 6, 2016 . In April 2017, she also received the GLAAD Media Awards in the Outstanding Individual Episode (in a series without a regular LGBT character) category (extraordinary episode of a series without regular LGBT characters). In September 2017, San Junipero also won two awards at the 2017 Primetime Emmy Awards in the categories of "Best TV Movie" and "Best Screenplay".

Crocodile , the third episode of the fourth season, won the Excellence Award for Short Drama at the Seoul International Drama Awards on September 3, 2018 .

USS Callister , the first episode of the fourth season, won four awards at the 2018 Primetime Emmy Awards in September 2018, among others in the categories of Best TV Movie and Best Screenplay for a Miniseries, TV Movie or Special .

One song that recurs in several episodes, or " Easter Egg " in the words of the producers, is Irma Thomas ' Anyone Who Knows What Love Is (Will Understand) .