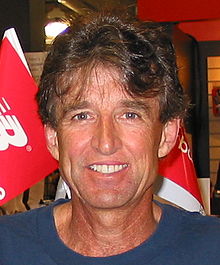 Shorter was the dominant marathon runner of the early 1970s, winning the Fukuoka Marathon four times in a row from 1970 to 1973 . During the marathon of the 1972 Olympic Games in his native Munich, he set himself apart from the rest of the field on the first half of the course and won the gold medal by over two minutes.

When he crossed the finish line, a student stole the show from him, who overcame the barriers with a self-painted start number and entered the stadium shortly before him, where he was initially mistaken for the leading runner until the security forces took him away when the shorter entered Entered the stadium. Shorter, like the other two US Olympic marathon champions, was not the first runner to enter the stadium and won.

At the 1976 Olympic Games in Montreal Shorter only had to admit defeat Waldemar Cierpinski and won the silver medal. As part of the process of dealing with compulsory doping by the state in the GDR , it emerged that Cierpinski was doped. Shorter therefore considered a lawsuit over the lost gold medal.