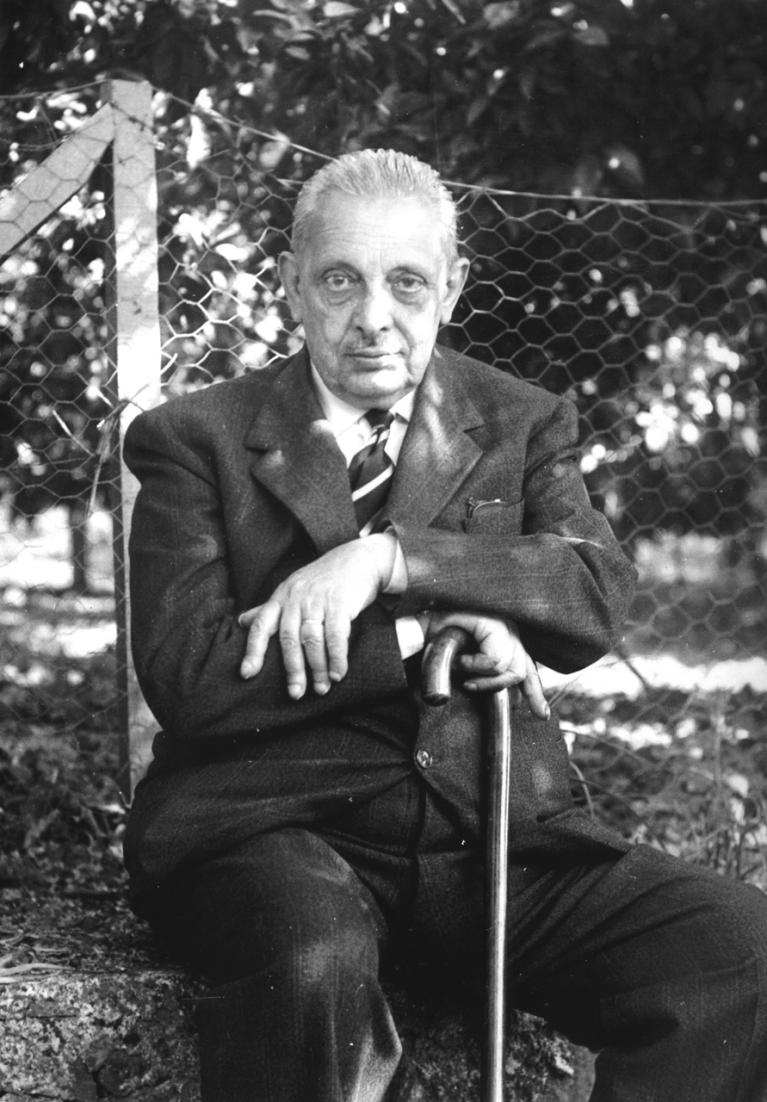 Family coat of arms of the Prince Tomasi di Lampedusa 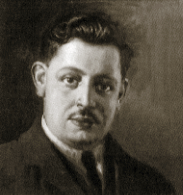 Giuseppe Tomasi di Lampedusa (born December 23, 1896 in Palermo , † July 23, 1957 in Rome ) was an Italian writer and literary scholar who is best known for his novel Il Gattopardo .

Don Giuseppe Maria Fabrizio Salvatore Stefano Vittorio Tomasi, Principe di Lampedusa , Duca di Palma, Barone di Montechiaro, Barone di Torretta was born on December 23, 1896 in the Sicilian city ​​of Palermo . His father was the Duke Giulio Maria Tomasi di Lampedusa, his mother Beatrice a née Mastrogiovanni Tasca Filangeri di Cutò, also from a Sicilian princely house. The Tomasi di Lampedusa family came to Sicily around 1580 and acquired large estates there through marriage; she was one of the most influential families of the Sicilian aristocracy. During the poet's lifetime, she had to sell many of her goods.

Giuseppe Tomasi's sister, two years older than him, died of diphtheria two weeks after he was born . He spent his childhood in Palermo, where the family lived in the Palazzo Tomasi di Lampedusa , and the summer months in the country castle of Santa Margherita Bélice , where his maternal grandmother lived. In addition, his family owned a villa in Bagheria , a palazzo in Torretta , a country house in Reitano and the palace and the old fort in Palma di Montechiaro .

In 1914 he graduated from Liceo Garibaldi in Palermo. In 1915 he enrolled in the law faculty of the University of Rome, but was drafted into the army that same year. Giuseppe Tomasi served as a corporal of the artillery in the Balkans during the First World War . In 1917 he became a prisoner of war in Hungary. After a first failed attempt, he escaped in 1918 and returned to Italy via Trieste . In the following years he first went back to Rome, then he matriculated at the University of Genoa , but without graduating. He made numerous trips abroad.

His uncle Pietro Tomasi della Torretta was the Italian ambassador in London. After the death of her first husband, Baron Boris von Wolff-Stomersee, Alice Barbi , an Austro-Hungarian chamber singer from Modena, he married. On the occasion of a visit to London in 1925 Giuseppe met her daughter from her first marriage, the German-Baltic psychoanalyst Alexandra von Wolff-Stomersee , known as Licy. In 1927 and again in 1931 Giuseppe visited Alexandra at her castle Stomersee ( Lat . : Stāmerienas muižas pils) in Latvia. They married in Riga on August 24, 1932 . After that, they initially lived separately (she in Stomersee, he and his mother in the Palazzo Lampedusa in Palermo) before they moved into a smaller house in the La Kalsa harbor district after the war and after the destruction of the Lampedusa estate . After moving from Latvia in Rome, Licy came into contact with the founders of the Psychoanalytic Society of Italy (SPI), especially Edoardo Weiss , and can be regarded as one of the first women in the history of psychoanalysis in Italy. After the war she was chairman of the SPI for some time. She died in Palermo in 1982 , more than twenty years after her husband.

In 1934, with the death of his father, Giuseppe Tomasi became Prince of Lampedusa, Duke of Palma, etc. During World War II , the Palazzo Tomasi di Lampedusa in Palermo was bombed by the US Air Force ; Tomasi moved into the smaller Palazzo Lampedusa alla Marina (now Lanza Tomasi ). In 1956 he adopted a distant relative, the budding musicologist and later artistic director of the San Carlo Opera in Naples, Gioacchino Lanza (* 1934), who became his heir. Giuseppe Tomasi di Lampedusa died in Rome in 1957. The funeral ceremony took place in the Basilica del Sacro Cuore di Gesù in Rome. His grave is in Palermo on the Cimitero dei Cappuccini .

Giuseppe Tomasi published his first literary critical texts in 1926 and 1927.

From autumn 1954 he wrote his only novel Il Gattopardo within a few months , for which he could not find a publisher. After his death in 1957, the writer Giorgio Bassani discovered the importance of the novel and published it in November 1958 as volume 4 of the series "I Contemporanei", which he published at the time, in the Feltrinelli publishing house . The publication caused a sensation and the novel soon became a worldwide hit. In 1959 Tomasi di Lampedusa was posthumously awarded the prestigious Italian literary prize Premio Strega .

The other writings critical of literature, which were actually intended for the private instruction of the young friend and later literary theorist Francesco Orlando , were published in Italy by the Feltrinelli publishing house. The volume of short stories Die Sirene (La Sirena) contains, in addition to the story of the same name, the short stories The Rise of a Tenant , Joy and Moral Law as well as the autobiographical notes The Places of My Early Childhood .

The film The Leopard by Luchino Visconti, based on the book by Tomasi di Lampedusa, was awarded the Palme d'Or at the Cannes Film Festival in 1963 . The film is also legendary because of its cast: Burt Lancaster played Prince Salina, Claudia Cardinale played the beautiful Angelica and Alain Delon played the Prince's nephew, Tancredi.