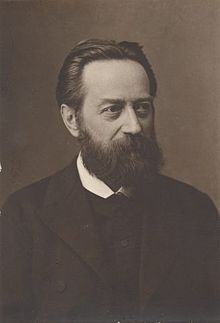 Teichmüller studied philosophy from 1852 under Friedrich Adolf Trendelenburg in Berlin and a semester in Tübingen under Jakob Friedrich Reiff and Friedrich Theodor Vischer . Having got into financial difficulties due to the death of his father, Teichmüller accepted a teaching position in the house of Minister von Werther in August 1855. However, Teichmüller found time to do his doctorate in Halle in 1856 before moving to Saint Petersburg with his employer . After he left von Werther, Teichmüller took on a position as a teacher at the Annenkirche grammar school in 1858. In the same year he married Anna Cramer, the daughter of an Estonian landowner. In 1860 he completed his habilitation as a private lecturer (philosophy) in Göttingen, where he engaged in a lively exchange of ideas with Rudolf Hermann Lotze and Heinrich Ritter (philosopher) and gained significant influence on Rudolf Eucken .

In 1861 his first daughter Anna Teichmüller was born; the following year his wife died at the age of twenty shortly after the birth of their second daughter Lina. Now Teichmüller saw himself unable to continue his teaching activity. Instead he went on a year and a half trip to the Orient in 1863. Newly inspired, he resumed teaching and married his sister-in-law Lina Cramer, with whom Teichmüller would have eight children.

In 1975 a street in Braunschweig was named after Teichmüller.

Teichmüller's work can be divided into three main sections. At the beginning he occupied himself almost exclusively with research on Aristotle . The first creative phase can be assigned: Aristotelian research. Vol. I .: Contributions to the Poetics of Aristotle (Halle 1867), Vol. II .: Aristotle's Philosophy of Art (Halle 1869), Vol. III .: History of the Concept of Parousia (Halle 1873).

The climax of Teichmüller's work is his systematic work in a final phase. They are based on Teichmüller's philosophy of the distinction between the real and the apparent world. Teichmüller sees the origin of our concept of being in self-confidence. It is essential to sharply separate consciousness, which also includes feeling and acting, from theoretical knowledge, specific knowledge. Concepts such as space , time and movement are only seen by Teichmüller as forms that condense internal processes into perceptions. However, these outwardly projected forms are alien to reality itself. Teichmüller's philosophical outlook, which is similar to the systems of Leibniz and Lotzes , is contained in the following works: The real and the apparent world. New foundations of metaphysics (Breslau 1882), philosophy of religion (Breslau 1886), new foundations of psychology and logic (posthumous, Breslau 1889).

Curiosity - Truthful report about my journey to heaven, written by Immanuel Kant

The strangest work by Teichmüller is probably his humorous account of neo-Kantianism, which is entitled Truthful Report on My Journey to Heaven, written by Immanuel Kant and published anonymously by Perthes in Gotha in 1877. In it, Teichmüller lets the fictional Immanuel Kant report how he intentionally reached heaven in 1804, using all his spiritual strength, in order to compete with the deceased philosophers of the past. But instead of recognizing Kant's mastery, they only make fun of him, and he succumbs time and again in philosophical dispute. Unsure about this experience, Kant decides to return to earth and never die, believing that this is the only way to prevent his teachings from being forgotten.

Kant continues to be mentioned as the author in many cases, for example in the 1997 new edition of the truth report by the publishing house Matthes and Seitz and in many library catalogs. In view of the first sentence, however, Kant's authorship is more than unlikely: "I know that the opinion is widespread everywhere that I died of old age in 1804."