Flaubert grew up in Rouen ( Normandy ) as the younger son of Achille Cléophas Flaubert, chief physician of the municipal hospital, and, as his service villa was adjacent to the hospital, as was customary at the time, he experienced the suffering and dying there at close range. He was considered a gifted but undisciplined student who preferred to spend his time reading and writing rather than studying. His childhood friends included Louis Bouilhet , who later made a name for himself as a poet, and the brother of Laure Le Poittevin, who later became the mother of Guy de Maupassants . During the summer holidays of 1836 Flaubert fell in love in the Norman seaside resort of Trouville-sur-Mer with a somewhat older woman, Élisa Foucault (1810–1888, wife of Maurice Schlesinger from 1840 ), who occupied him for years as a great, unattainable love and inspired his writing . 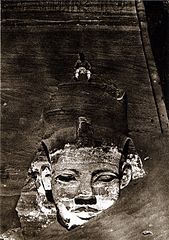 Flaubert in 1850 on the head of a Ramses statue near Abu Simbel , photographed by Maxime Du Camp

After completing his baccalaureate , he began to study law at the insistence of his father, which he gave up after suffering an epileptic seizure in 1843. Nevertheless, he made major trips during these years, the last of which led him to the Middle East, particularly Egypt, in 1850/51 on the trail of Chateaubriand , Lamartine or Nerval . His companion was a little younger friend, the writer Maxime Du Camp , who was already at the beginning of his success.

After his return, Flaubert settled in with his widowed mother and, with her and his inheritance, led a secluded existence as a writing reindeer in her house in Croisset near Rouen. He only left this for occasional stays in Paris to make some social contacts there, e.g. B. with fellow authors, or to meet with his long-time lover (from 1846), the ten years older writer Louise Colet . With this he also discussed literary questions in many letters.

Musée Flaubert and Pavilion in Rouen

In Rouen, the Musée Flaubert et d'histoire de la médecine commemorates the writer and his father. It is housed in the former Hôtel-Dieu , the father's place of work. The museum contains personal items, furniture from Flaubert's childhood and a larger collection of medical items that commemorate the father. The Flaubert pavilion is a garden house that stood next to Flaubert's house in Canteleu-Croisset. The house no longer exists.

Flaubert had been writing tirelessly since his youth, initially in the Romantic style . But he made such high demands on himself that he left all manuscripts unpublished for many years. His first printed work was the novel Madame Bovary , begun in 1851 and published in the features section of the Revue de Paris in 1856 . The novel immediately brought him a lawsuit for offending against morality, but thanks to the clever pleading of their lawyer, Flaubert and the magazine were acquitted on February 7, 1857. The process actually had a positive effect in the end, because it helped the book version to a sales success when it came out in 1857.

Flaubert's L'Éducation sentimentale (1869) was less successful, but even more influential in the development of the European novel .

The Bovary and the Éducation are considered to be epoch-making for the development of the European novel, based on Flaubert's idea of ​​no longer conceiving or demonizing his protagonists (as Balzac did) as exceptional people, but rather to portray them as completely unheroic average characters. He avoids melodramatic traits; his realism is impartial and highly objective. Madame Bovary is not a tragic heroine; their situation is objectively identified, no passions are aroused in the reader. Your life flows "slow and sluggish". 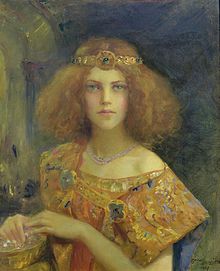 The other works of Flaubert are mostly given less attention today. In particular , Flaubert traveled to Tunisia in 1858 to prepare the historical novel Salammbô (1862), set in ancient Carthage ; the novel The Temptation of St. Anthony (1874); the then successful collection of short stories Trois Contes (1877), including the touching story Un cœur simple , or the unfinished novel Bouvard et Pécuchet (posthumously 1881), intended as a satire on the average bourgeoisie .

Flaubert is considered one of the best stylists in French literature and a classic of the novel. Together with Stendhal and Balzac , he forms the triumvirate of the great realistic storytellers in France. Like the other two, he was not found worthy of acceptance by the Académie française .

The plot of the first work Madame Bovary (1856) is based on a newspaper report from the Journal de Rouen from 1848 about the suicide of the doctor's wife Delphine Delamare from Ry near Rouen. It tells the story of a tenant daughter who, after marrying a village doctor, is quickly dissatisfied with her loving but honest husband, not least because she lives a life of passion and luxury based on the example of novels and women's magazines he dreams. Although she manages to take a few steps towards the realization of such a life by means of two love affairs and a certain consumption of luxury, the triviality and narrowness of her real circumstances repeatedly overtake her until she finally commits suicide, crushed by debts. The theme is the failure of a romantic idealist (with whom Flaubert identifies very much) in a world in which the opportunists and materialists prevail, who in the novel are embodied primarily by the pharmacist Homais and the dealer Lheureux.

The novel L'Éducation sentimentale (1869) tells the story of the young provincial Frédéric Moreau, who goes to Paris, where he hopes for a great future in politics, literature and love, but the real opportunities that arise in favor of unreal, ideal goals missed, and above all a long enthusiastic, unfulfilled love for a married woman that absorbs and paralyzes him. After his brief enthusiasm for the political ideals and goals of the revolution of 1848 has fizzled out, he sinks into intellectual mediocrity and is only saved from material decline by a larger inheritance. Frédéric is a symbol of the less tragic than sad path of the "Quarante-huitards", i. H. of the generation of 48, who were in a spirit of optimism due to the February Revolution, but then politically disappointed by the further development, to whom Flaubert also attributed himself. The title of the novel, L'Éducation sentimentale , is to be understood ironically (which none of the German titles suggest); because unlike z. For example, the young heroes Julien in Stendhal's Le Rouge et le Noir or Rastignac in Balzac's Le Père Goriot , Frédéric does not learn from the beloved, more mature married woman, in the end, no "education" of his young, enthusiastic feelings towards those of a sexually experienced man, only their frustration. 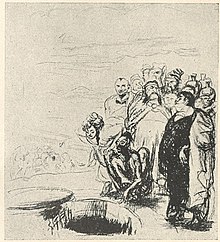 Max Slevogt , illustration for a German edition by Herodias (1918)

Works published during his lifetime 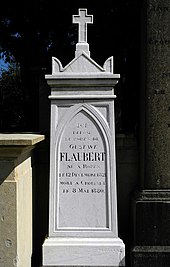