Information community to determine the distribution of advertising media 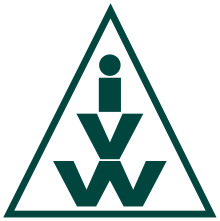 The information community to determine the distribution of advertising media e. V. ( IVW ) is an association based in Berlin. He is of media companies, advertisers and advertising and media agencies in Germany entertained . Its task is to collect and check valid data and provide it for the performance control of advertising media (comparison data ).

Since the IVW was founded on November 4, 1949, the testing association has continuously expanded its control activities and adapted its individual testing procedures to the new requirements of the advertising market. It was founded by the publishers in cooperation with the Central Association of the German Advertising Industry (ZAW). The IVW is a subsidiary of the ZAW, but has been legally independent since 1955. The chairman of the IVW is the president of the ZAW. Today the IVW collects and controls distribution data on almost the entire range of advertising media in Germany.

Function and aim of the IVW

Paragraph 1 of the IVW statutes reads "to promote the truth and clarity of advertising and thus to ensure real competition, comparable and objectively determined documents on the distribution of an advertising medium". The IVW is affiliated to the International Federation of Audit Bureaux of Circulations (IFABC). Originally created as a facility to monitor the circulation of print media , the IVW's area of ​​activity has been expanded over the decades to include other media in the areas of online , radio and television , outdoor advertising and film theater . Special guidelines and criteria apply to these.

The members of the IVW include various companies and organizations, which are composed as follows:

Since 1949 the association has objectively determined, checked and certified the distribution of advertising media . With its work results, it provides data that are judged to be reliable for consumers, professional advertisers and for the performance competition between the media. Media providers, advertisers and advertising agencies have thus created an effective control system that is under their joint supervision.

As a state-independent, non-commercial testing institute, the IVW provides the media and advertising industry as well as the interested public with basic data for the marketing of media as an advertising medium. The checked data are published.

If there are any doubts about the correctness of the information, the sales service providers, third-party printers and / or the transport documents will also be checked. If you repeatedly provide incorrect data, you will be excluded from the IVW.

Due to the sharp decline in the circulation of many newspapers and magazines, publishers are increasingly removing titles from the IVW census. For example, in the mid-2010s, computer game magazines such as PC Games , GameStar or Play⁴ .

The association determines and publishes the circulation of newspapers , magazines and other periodically appearing press products on a quarterly basis . The figures given by the publishers are checked by independent auditors twice a year. The products have to be tested Press daily newspapers , weekly newspapers , magazines , journals , calendars , phone books , reference works , offer sheets and customer magazines . It also records their geographical distribution in the daily press and specialist journals.

IVW membership is a prerequisite for print media in order to participate in media analyzes, reach analyzes and reader analyzes.

The widespread, as well as the selling of copies is crucial for determining the advertising rates of publishers.

The publisher must be able to verify its stated sales and circulation figures, and the different types of circulation must be clearly delimited and identifiable.

The print run is divided into:

The subscription numbers are divided into:

The sales figures in retail sales are divided into:

The level of these other types of distribution is also determined:

A publisher can print the IVW logo in the imprint of the respective publication, which identifies him as a member of the IVW. Thus, an advertiser can see that the circulation figures are being checked.

Examination of the online media

In the area of ​​online media, the IVW uses counting pixels ( ivwbox ) to determine the total number of page views and the individual related usage processes ( visits ) of web offers. The IVW auditors ensure that the measurement and recording is carried out in accordance with the detailed technical specifications and guidelines of the IVW and thus provides comparable data for all participating advertising media . The tests carried out in a specific cycle throughout the year deal with both the technical measurement process and the correct allocation of the content in accordance with the category systems specified by the IVW.

Data protectionists object to the disproportionately large amount of information about individual users that the IVW collects in this context, although it is currently technically impossible for the IVW to identify individual users by name. Who wants to be but still not covered, even by setting an out opt - cookies disagree. The collection can be prevented with filters such as adblock or the targeted blocking of cookies.

Since July 1, 2011, the IP addresses of Internet users have been shortened by 1 byte in the counting process before processing. According to the company's own information, the IP addresses are not stored, but rather processed as "aggregated data". The page accesses are technically measured by INFOnline GmbH, which operates the measurement system. The Austrian counterpart is the Austrian web analysis .

The IVW counting process for online media was introduced in Germany in 1997 and has since been adapted several times to current developments in the online market. Most recently, with the designation for November 2009, the IVW converted the old counting method with the focus on page views in favor of unique visits .

The association determines the annual number of visitors to German film theaters. In addition to the collection of standardized indicators for the advertising performance of media offers, the IVW's control activities in individual media types also include the correct execution of advertising orders. As part of its radio media control, IVW checks the timely and interference-free broadcast of radio and television spots on selected broadcast days. In addition, the control procedures for the proper showing of advertising films in cinemas and for quality assurance in outdoor advertising are under the supervision of the IVW.