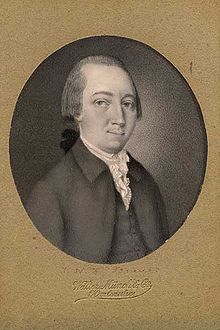 Brauer came from a family in Lower Saxony; his grandfather Johann Justus Brauer (1678–1737) was a pharmacist in Diepholz , where he lived with his wife Catherina Margareta, née Frieße. The father Christoph Friedrich Brauer (1714–1782) went to the service of the Count of Isenburg-Wächtersbach after studying law, was court master of the Count of Erbach-Schönberg in 1741 and first councilor, office director and archivist of the Count's Ysenburg government in 1743 Büdingen. When Brauer was 12 years old, his father moved with him to the Offenbach residence , where he was appointed to the Privy Council of the Principality of Isenburg-Birstein. The mother Sabine, née Rücker, was the daughter of the mayor of Frankfurt Johann Nikolaus Rücker and Anna Margarete, née Vorstatt, and had died in 1752.

Brauer's first marriage was Friederike (1773–1800), daughter of Friedrich Helwig Hemeling, secretary of the Princely Isenburg Rent Chamber, and Joh. Salome Bürcklin (6 children). In his second marriage he married Luise (1778-1832), daughter of Friedrich Wilhelm Preuschen, bailiff of the Karlsruhe Oberamt, and Ernestine Juliana, née Ottmann. Of the three children of this marriage, (Johann Emanuel Friedrich) Wilhelm (1809–1890) became a lawyer and worked in the Baden administration. (Christian Wilhelm Ludwig) Eduard Brauer (1811–1871) also joined the Baden administration as a lawyer. As a poet, he mainly wrote poetry.

Brauer studied in Giessen and Göttingen law . In 1774 he entered the Baden state service. In 1775 he was an assessor, in 1777 a real court and government councilor and in 1788 a privy councilor. From 1790 he was director of the court council and as a trainee lawyer in Catholic spiritual affairs, he was a member of the secret council, albeit with limited participation. In 1792 Brauer was appointed the real secret councilor in the secret council, the cabinet of Karl Friedrich von Baden , which was not yet subdivided into departments , and director of the Lutheran church council. Since 1790 for the Baden-Baden part of the country, since 1793 for both parts of the country, Brauer was also responsible for the supervision of the school system. During the time of the Rhine Confederation , Brauer was at times the leading politician in Baden. After the administrative reforms, Brauer took over the management of the Ministry of the Interior, known as the Police Department, in 1807. A year later he became Deputy Minister in the Department of Justice and a member of the State Council. In 1810 he was Ministerialrat and Deputy Minister in the Ministry of Foreign Affairs. Since 1811, Brauer was a cabinet councilor in the Interior and Foreign Ministry. Brauer was an important advisor to Karl Friedrich and Karl Ludwig Friedrich von Baden . Only in the reign of Sigismund von Reitzenstein 1809/10 did he lose influence at times.

As early as 1789, Brauer was instrumental in drafting numerous important laws. In the course of secularization and mediatization after 1803, he played a key role in the integration of the new parts of the country. The reform laws in the first phase of the Confederation of the Rhine from 1806 were also largely due to Brauer. Of central importance was Brauer's reception of the Civil Code and its adaptation to the conditions in Baden. As Baden land law , the law came into force in 1810 and was valid until 1899. A first Baden constitution draft from 1809, which also goes back to Brauer, was not implemented. Until his death, Brauer continued to work on the constitutional reform of Baden, but did not live to see the completion of the constitutional project of 1818 under Karl Ludwig Friedrich von Baden. For his services, in particular to the reform of the University of Heidelberg, he received an honorary doctorate in law in 1803.

In addition to his work in the civil service, Brauer was also active as an author and editor in a variety of ways. Among them are his explanations of the Code Napoléon in six volumes (Karlsruhe 1809–1812). In addition to legal writings, he was also the author of theological works and even hymns. Brauer was in contact with Johann Peter Hebel and Johann Heinrich Jung-Stilling .

“Significantly responsible for the organization of the archives […] - was the Secret Councilor Johann Nikolaus Friedrich Brauer (1754–1813): His archive order, created in 1801, was intended to determine the work in the General State Archives and in the registries of the Baden authorities for a century The Brauer rubrics that can still be found in the finding aids of the General State Archives in Karlsruhe today, which sorted all written material into subject groups from A to Z, are one of the outstanding examples of an archive system based on the principle of pertinence .

In addition to legal and canonical writings, Brauer also wrote individual treatises, poems and songs, as in: