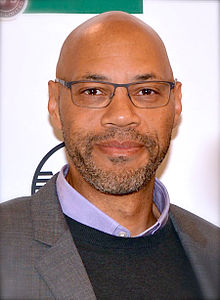 He made his debut as a screenwriter in 1993 for an American television series. This was followed by scripts for TV productions such as The Prince of Bel Air .

In 1997 he made his debut as a director with the thriller The Hunt . The film U-Turn, directed by Oliver Stone that same year , is based on his debut novel Stray Dogs. Ridley also wrote the script.

He then continued to work as a screenwriter for television and wrote a.o. a. the script for six episodes of the Third Watch series .

Directed in 1999 by David O. Russell , the anti-war film Three Kings is based on a screenplay by Ridley.

In 2006 Ridley was involved as a producer on the film Bobby .

In the 2015 aired first season of the ABC television series American Crime , Ridley worked as a director, producer and screenwriter.