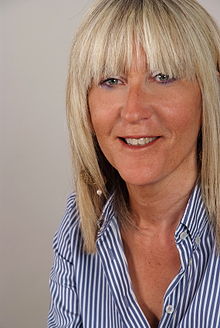 Sylvia Rothblum comes from a Jewish family of emigrants from Hungary . She grew up in Brazil , Israel and Austria. In 1978 she graduated from Nanjing University with a degree in Sinology . In 1981 she completed her studies at the University of Vienna and the University of Milan with a doctorate in English .

Rothblum worked from 1988 to 1993 as International Sales Director at the Kirch Group . She then spent three years as Program Director and Head of Purchasing at Nickelodeon Germany . From 1995 she was also a member of the management there .

From 1997 to 2001 Rothblum worked for EM.TV & Merchandising AG, first as head of the program and co-production department before she was appointed to the board and was responsible for the entire production area of ​​the group. She was also on the board of directors of the Jim Henson Company and Yoram-Gross Studios in Australia . During this time she was responsible for the production of numerous animation series , such as B. Tabaluga , Flipper , Regenbogenfisch and Norman Normal , which were also marketed internationally.

Since January 1, 2002, she has been managing director for TV in German-speaking countries at the major studio Warner Bros. Entertainment.

She served on the board of the International Academy of Television Arts & Sciences .

Rothblum published her experiences as a manager and mother in the book “Mothers Are Better Managers”, which was written together with Petra Preis. As a coach, she also supports women in their professional careers and is a visiting lecturer at the Macromedia University for Media and Communication in Munich.

Sylvia Rothblum speaks eight languages, including Mandarin and Hebrew . She is married to an American , lives in Munich and has two grown daughters.