This article is about the English actor; for the British journalist, see Damien Lewis . 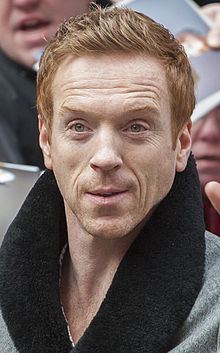 Lewis attended Eton College and graduated from the Guildhall School of Music and Drama in 1993 . He then appeared in various theater productions with the Royal Shakespeare Company .

In 2001 he took on the role of US major Richard Winters in the miniseries Band of Brothers and shortly thereafter played lawyer Soames Forsyte in the series The Forsyte Saga . Since 2003 he has also appeared in film productions, including the Stephen King film adaptation Dreamcatcher . In 2007 he played the leading role in the film Tot oder Torte, a hit man who wants to start all over again in a Welsh village. His brother Gareth Lewis was responsible for the script and direction. From 2007 to 2009, Lewis took on the lead role in the US television series Life .

On September 24, 2012, Lewis won the Emmy for best male leading actor in the US series Homeland , and later the Golden Globe . Since 2016 he has played one of the leading roles in the Billions stock market series as Bobby Axelrod . In 2017 he starred in the West End with Sophie Okonedo in Edward Albee's black comedy The Goat, or Who Is Sylvia? directed by Ian Rickson . In 2019 Quentin Tarantino's Once Upon a Time in Hollywood was released , which is set in California during the time of the Manson murders. In it, Lewis took on the role of actor Steve McQueen .

Lewis has been married to actress Helen McCrory since July 4, 2007 . The couple have two children together.