Giovanni Battista Viotti (born May 12, 1755 in Fontanetto Po , Piedmont , † March 3, 1824 in London ) was an Italian violinist and composer , he is considered one of the fathers of modern violin technique.

Viotti, who probably came from a poor background, went to Turin in 1768 and became a pupil of Gaetano Pugnani in 1770 , who had studied with Giovanni Battista Somis and Giuseppe Tartini . In 1775 Viotti became a member of the Royal Chapel in Turin. From 1780 the celebrated violin virtuoso traveled with Pugnani all over Europe to Saint Petersburg , where he separated from Pugnani in 1782. Viotti then lived in Paris, where he made his debut at the Concerts spirituels on March 17, 1782 . He was also temporarily in the service of Queen Marie Antoinette . From 1789 to June 1792 he worked as an opera impresario at the Théâtre de Monsieur and the Théâtre Feydeau . In the turmoil of the French Revolution , Viotti had to flee to London in July 1792 because of his good relations with the French royal family and the aristocracy. There he appeared in the Joseph Haydn concert series from 1794–1795 alongside other virtuosos such as Johann Ladislaus Dussek and Gertrud Elisabeth Mara , and was also a co-founder of the Royal Philharmonic Society .

Viotti had a close and lifelong friendship with the highest British tax officer William and his wife Margaret Chinnery. In 1798 he was expelled from the country because he was suspected of being an agent of revolutionary France. However, contemporary English newspapers also suspected an intrigue in favor of Viotti's inferior rival, Wilhelm Cramer , and named influential nobles who had intrigued against Viotti with the king. Despite the intercession of important people, including from the royal family, Viotti had to leave the country on March 8, 1798 and lived in Schenefeld near Hamburg on the Friedrichshulde estate, which belonged to a rich English merchant, John Smith from Altona, until 1799 or 1801 . There he taught the only thirteen-year-old Friedrich Wilhelm Pixis for several months . After several newspaper reports, he returned to England in the summer of 1799 or early 1800 at the latest and lived incognito on the Chinnerys estate in Gillwell near London. From the spring of 1801 he appears again as a member of the household living there in the Chinnerys' correspondence. He withdrew completely from the public musical life, but gave concerts a lot on private occasions. a. in Gillwell. He had been a partner in a wine trade since the 1790s. In July 1811 he became a British citizen.

After William Chinnery fell out of favor in 1812 for embezzling a large sum, Viotti and Margaret Chinnery lived together.

After the Restoration in 1818, he returned to Paris. Meanwhile the wine trade had gone bankrupt and Viotti had left huge debts. Hoping to be able to pay this off, he took over the management of the Théâtre-Italien and then the Opéra. From 1818 to 1821 he was director of the Grand Opéra de Paris. In 1823 he returned to London with Margaret Chinnery, where he lived with her and soon after died impoverished and in debt. In his estate there were u. a. two violin concertos (Nos. 28 and 29). 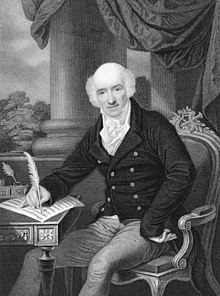 Viotti composed mainly for the violin. He adopted classic structures. The last Paris concerts (No. 14-19, from 1788) already took on early romantic features. His master students Pierre Rode and Pierre Baillot were heavily influenced by him, as was Rodolphe Kreutzer - this makes Viotti the father of the French violin school of the early 19th century. Also Paganini had affected not only concerts by Viotti in his repertoire, but was also evident in his style and in his own concerts from him. In Germany, Louis Spohr and to a lesser extent Ludwig van Beethoven also followed the style and model of his concerts . Wolfgang Amadeus Mozart added two trumpets and timpani to Viotti's 16th violin concerto (KV 470a). The 13th concerto, which Johann Ladislaus Dussek reworked for piano , also had a great success ; Viotti arranged the final rondo himself as an insert for popular operas by Paisiello and Martín y Soler . Viotti's 22nd Violin Concerto in A minor, which Johannes Brahms quoted in his Double Concerto in A minor, Op. 102, became best known . The violinist and composer Joseph Joachim , a friend of Brahms, wrote Viotti's cadenzas for this concert, which are still played today. Viotti rewrote ten of his violin concertos as piano concertos.

His violin playing was characterized by a very differentiated, sometimes powerful, energetic, sometimes soft bowing . Typical of this is his saying: Le violon c'est l'archet (“The violin, that's the bow”). Contemporary witnesses reported on his powerful vibrato for the time .

In 2013 the Italian violinist Guido Rimonda presented a previously unknown Tema con Variazioni in C major for violin and orchestra as part of a complete recording of Viotti's violin concertos, the theme of which clearly corresponds to the melody of the Marseillaise ; if the dating of the manuscript in Rimonda’s possession is authentic with “1781”, then Viotti would be the actual composer of the French national anthem .

The two musicologists Remo Giazotto and Chappell White wrote Viotti biographies and cataloged his works. The factory numbers are preceded by the letters G or W.

The Italian violinist Franco Mezzena recorded all 29 violin concertos from 1990 to 2004. Another complete recording with Guido Rimonda and the Camerata Ducale has been in the works since 2012. Rimonda also launched a Viotti Festival in Vercelli in 1998 .